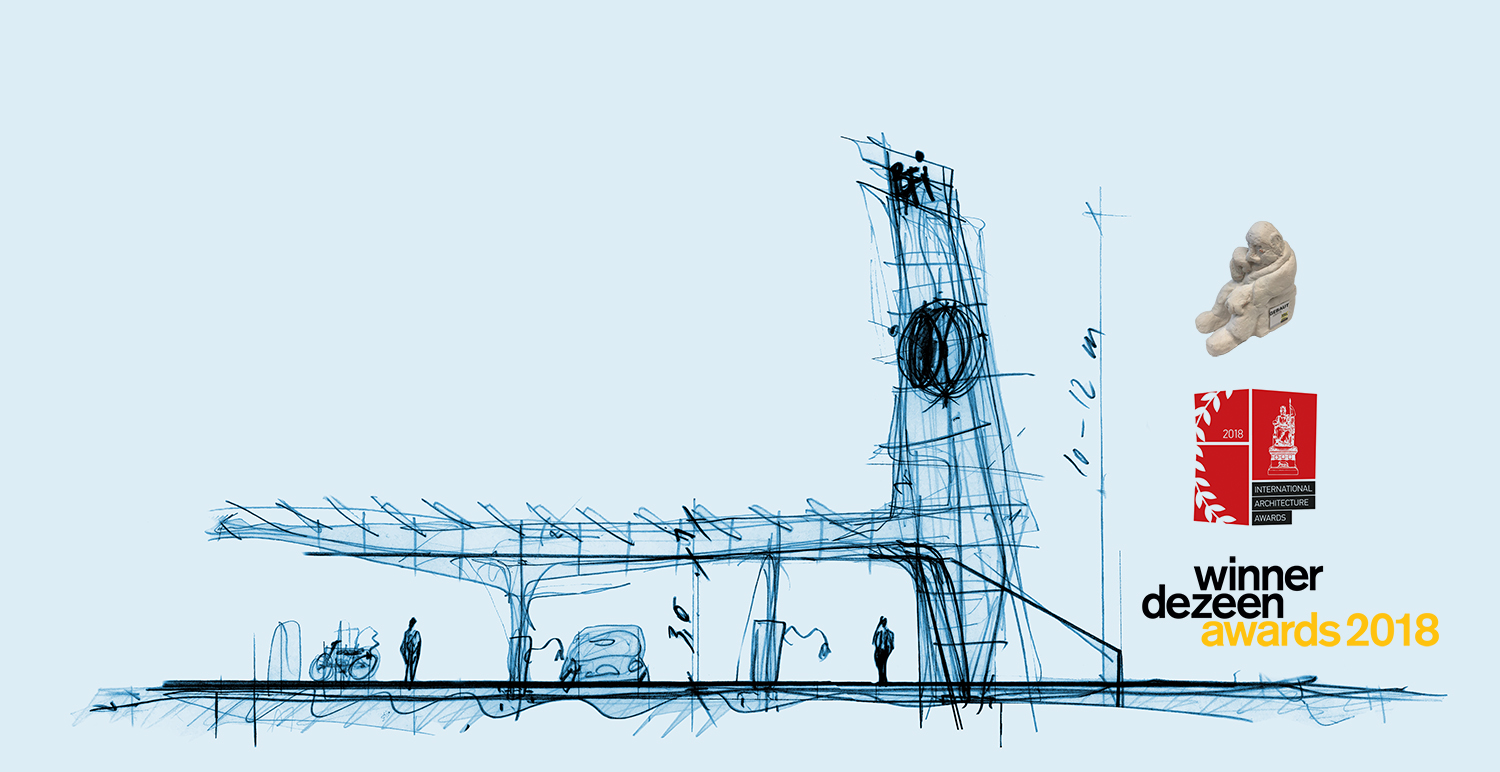 The Tower of Power, located in the Vienna Brigittenau district, is a public charging station for electric vehicles. Operated by the Wien Energie electrical company, it was conceived to be a teaching and research facility as well. Using different charging systems, the station provides electricity for four cars and four e-bikes at a time. The roof and tower, two of the most ancient architectural forms, are joined to create a building type that gives the project a distinctive shape. The design also expresses the technical components of power generation: The tower houses a wind turbine, and the photovoltaic system is visible in the shape of the sawtooth roof. The roof protects from the elements, provides light, and accommodates 130 square meters of photovoltaic panels. The charging stations, the essential functional elements of the station, are located beneath it. The building itself is a steel frame structure clad with aluminum panels. The Tower of Power is connected directly to Vienna’s power grid: whenever surplus energy is produced, it is fed into the grid. Conversely, the power grid provides energy to the charging station as needed. However, the total amount of energy provided to cars and bicycles is not greater than the amount produced by the Tower of Power itself. 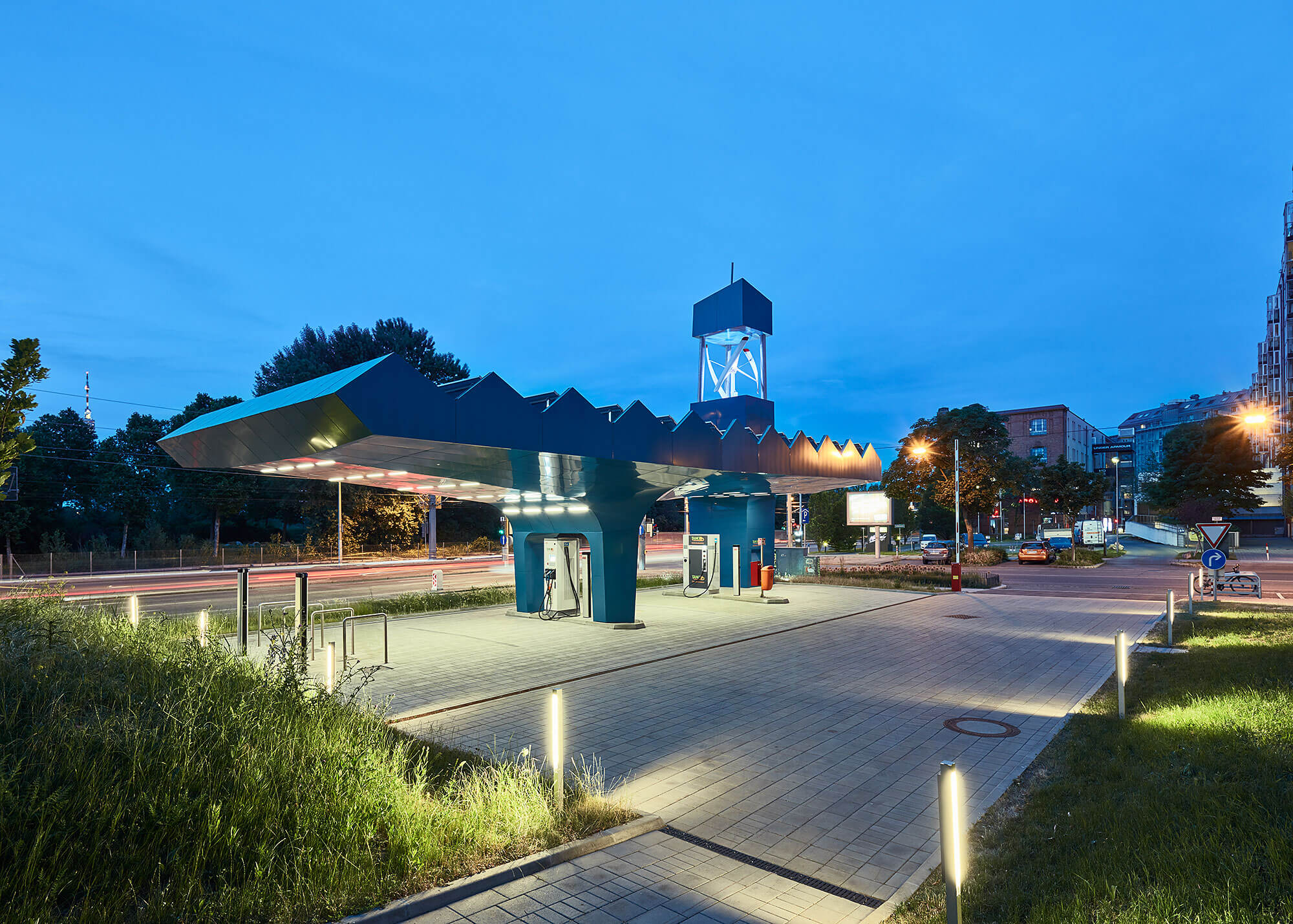 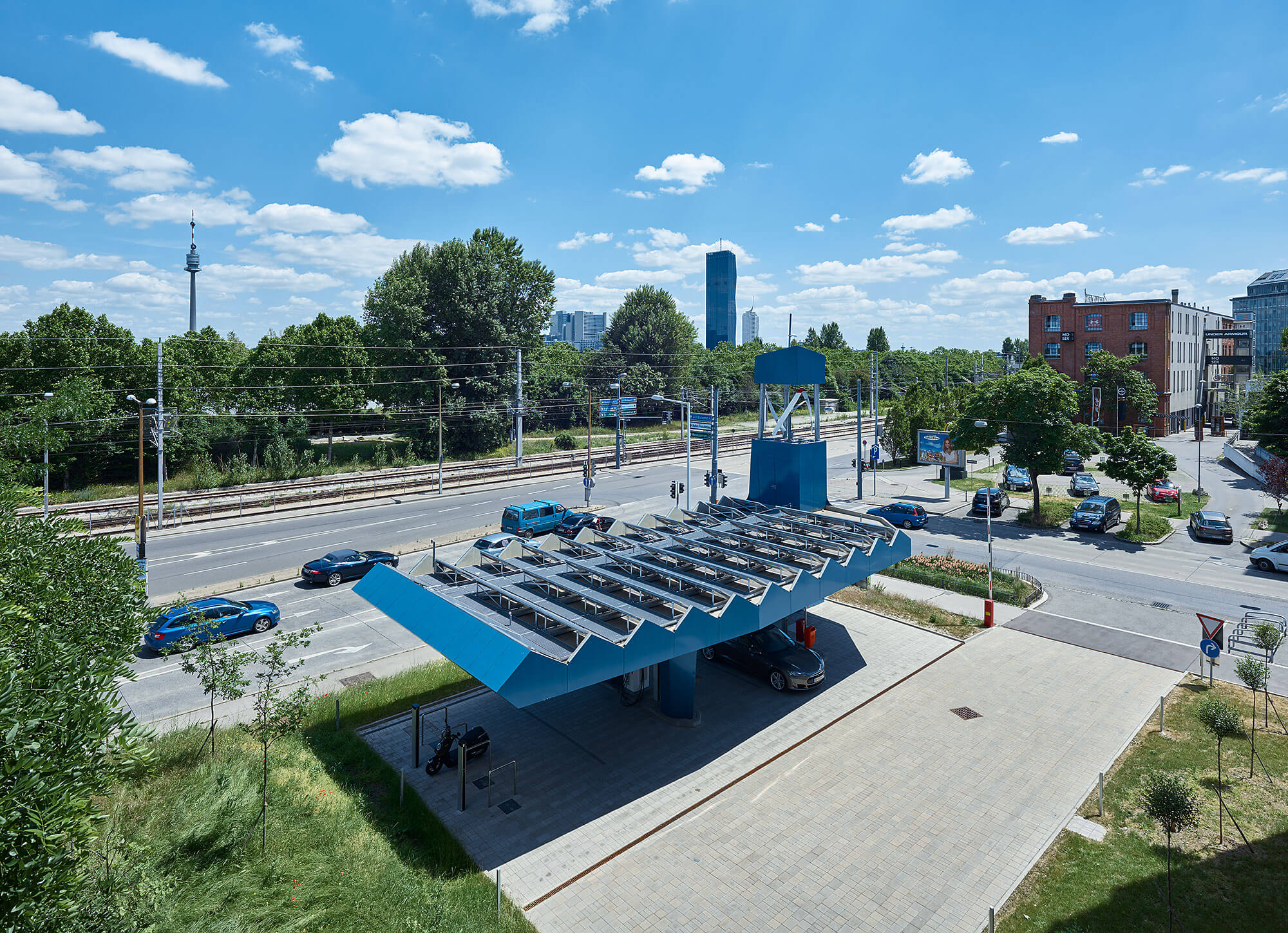 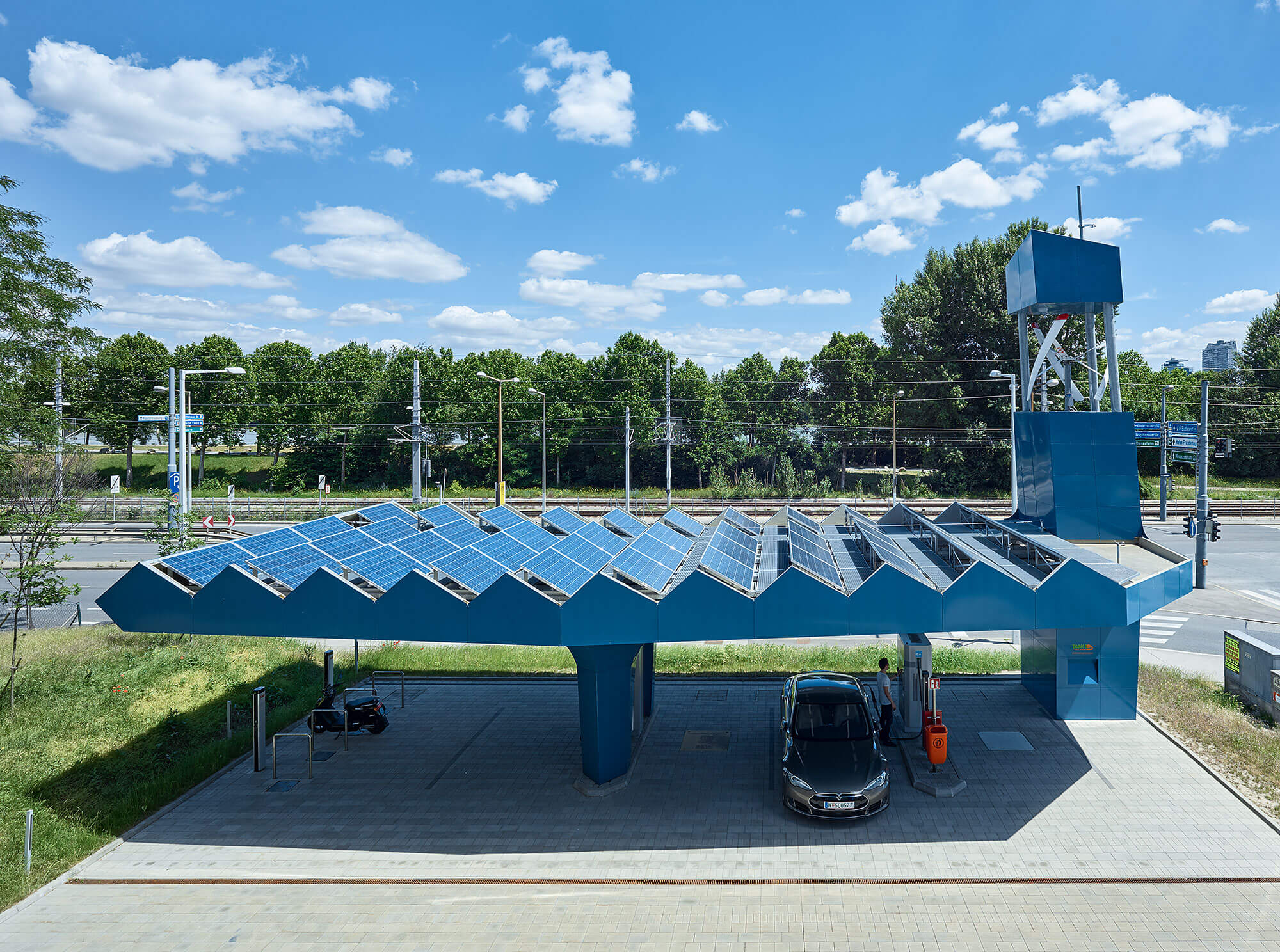 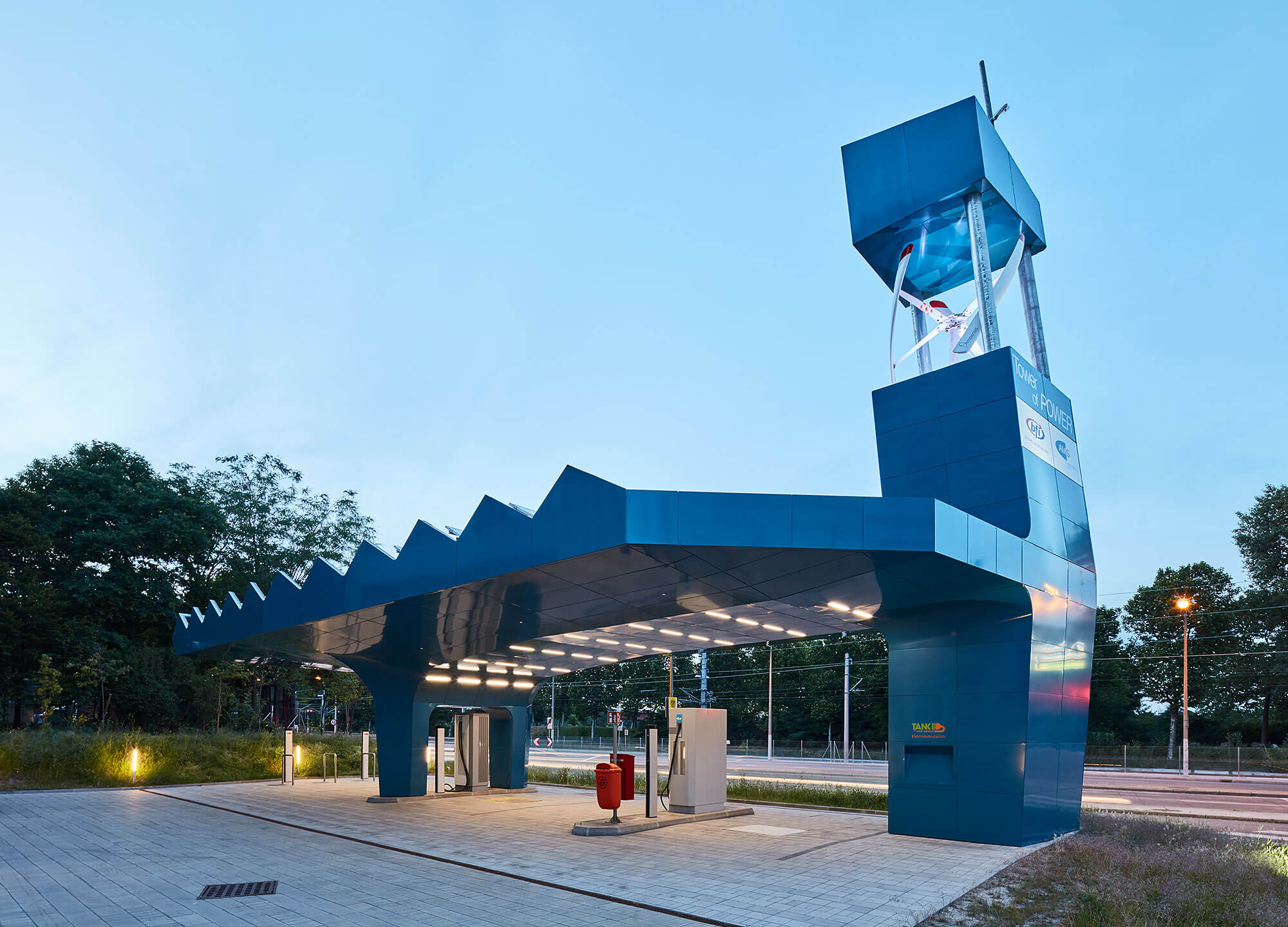 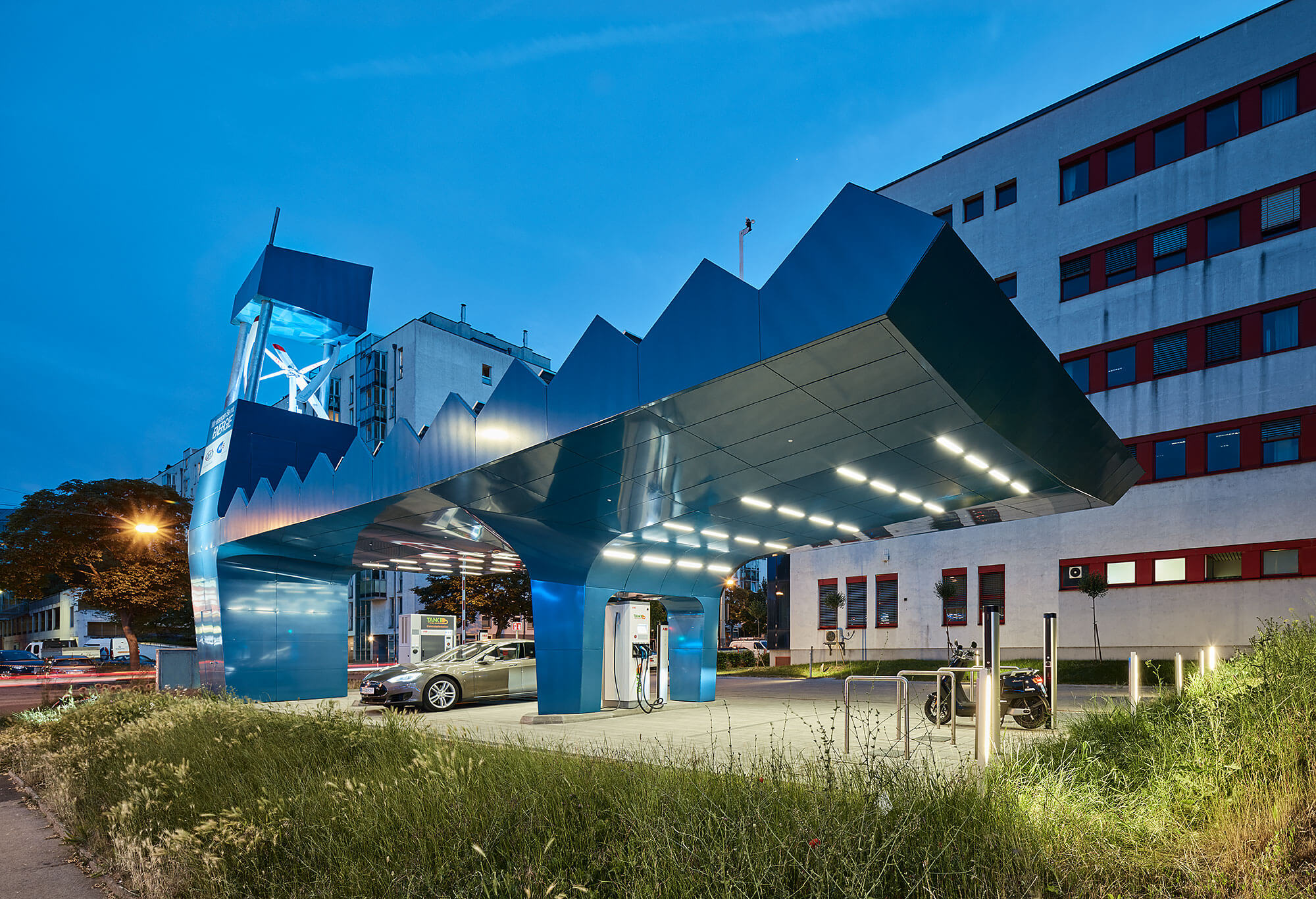 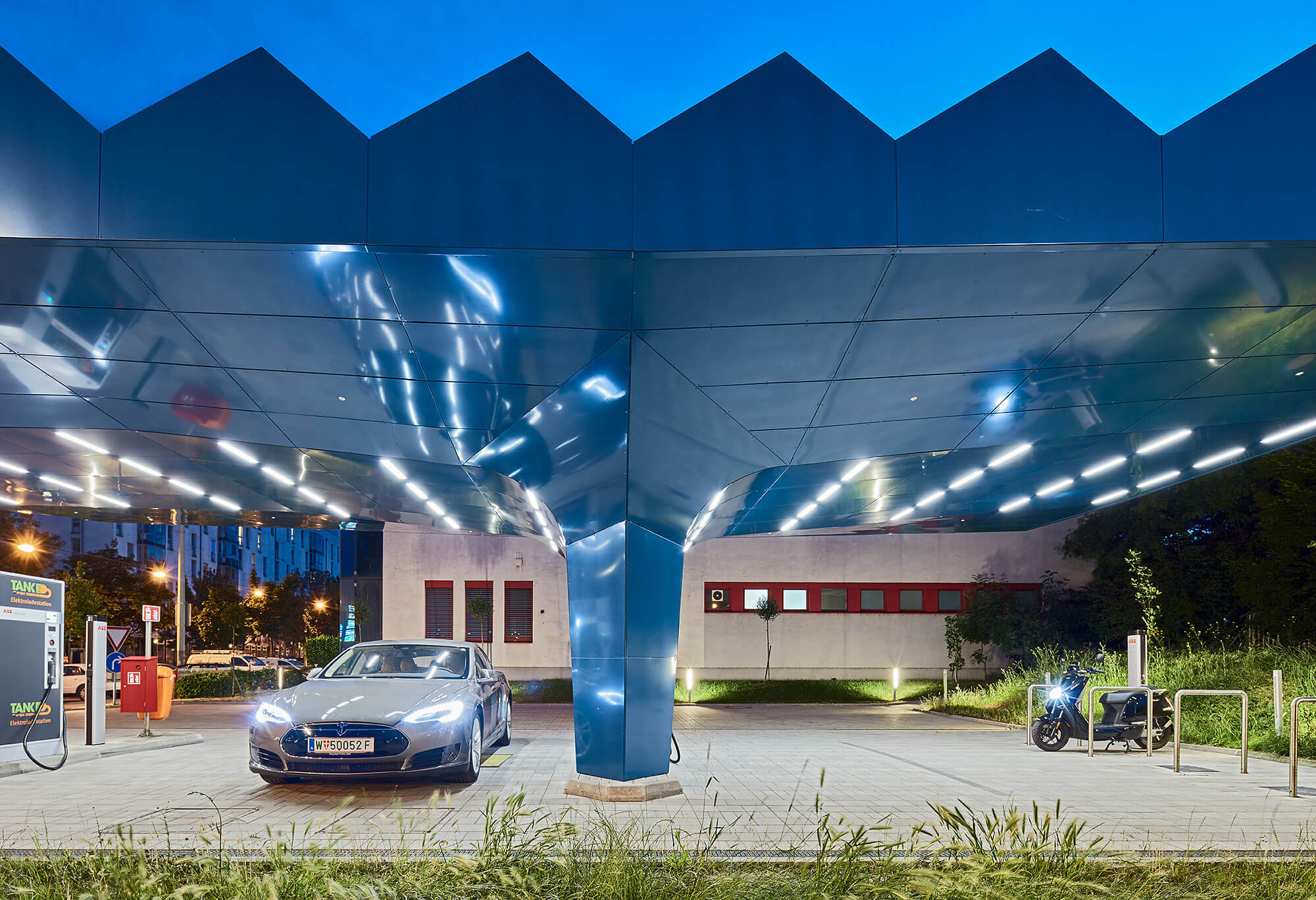 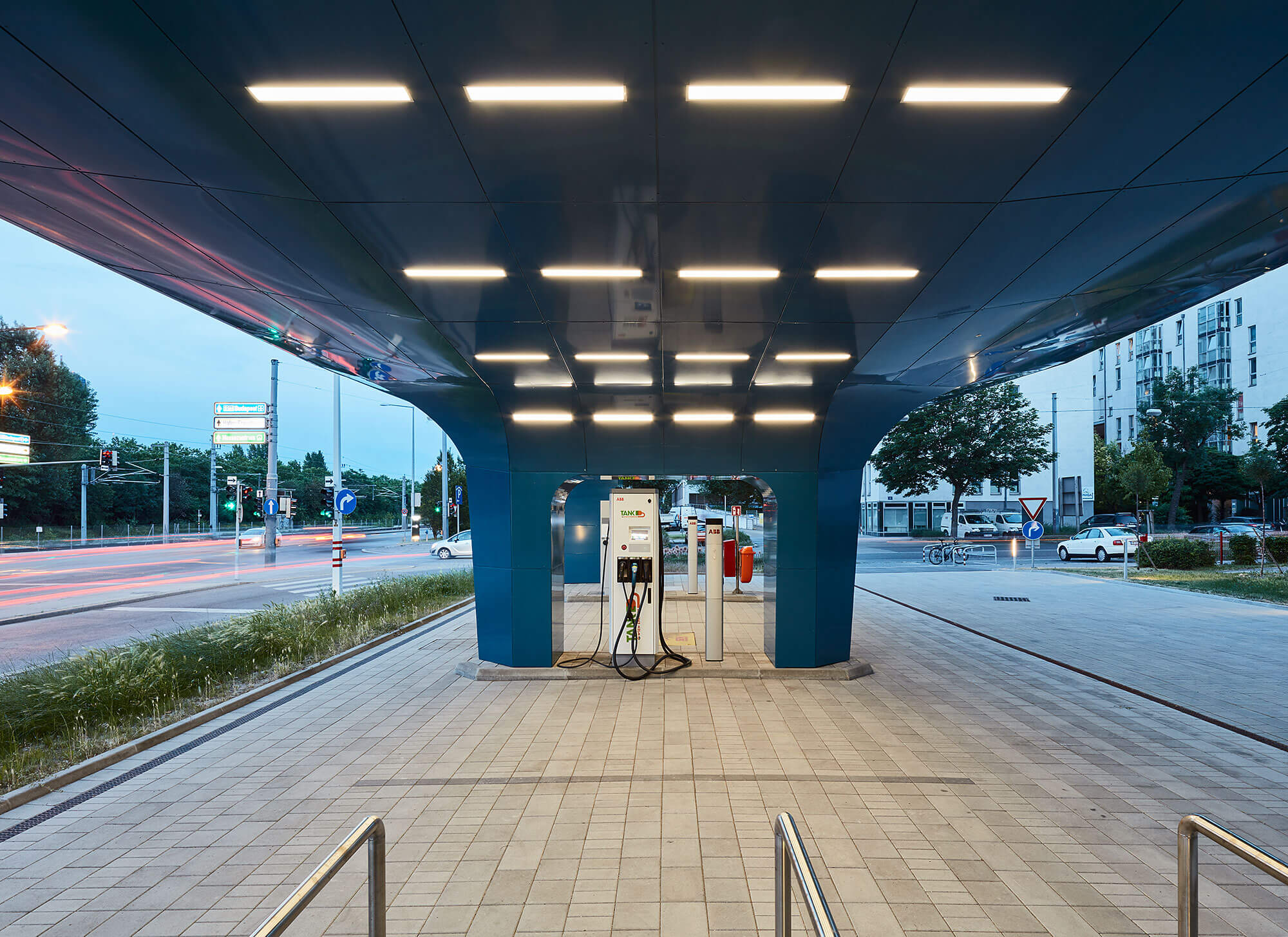 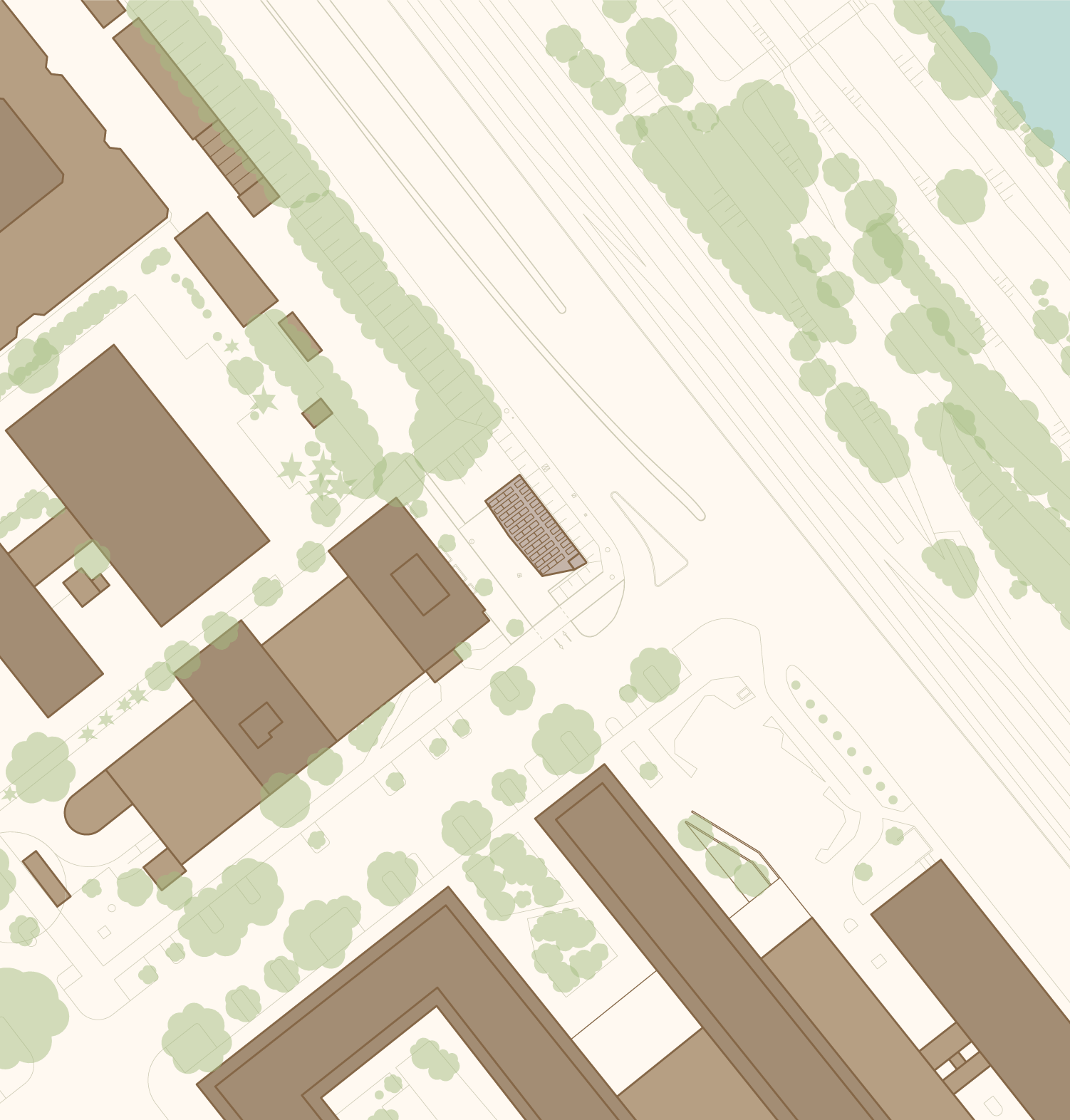 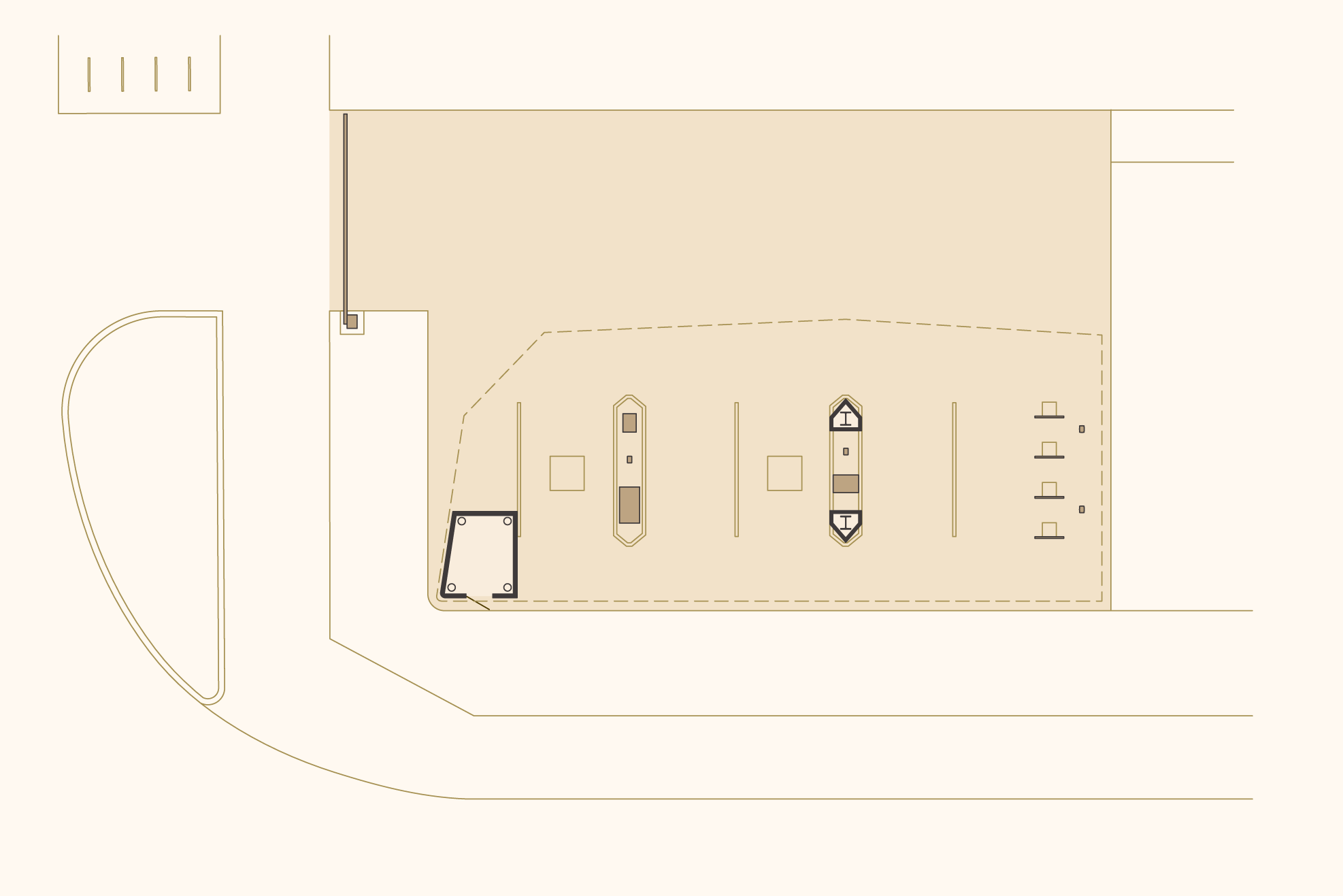 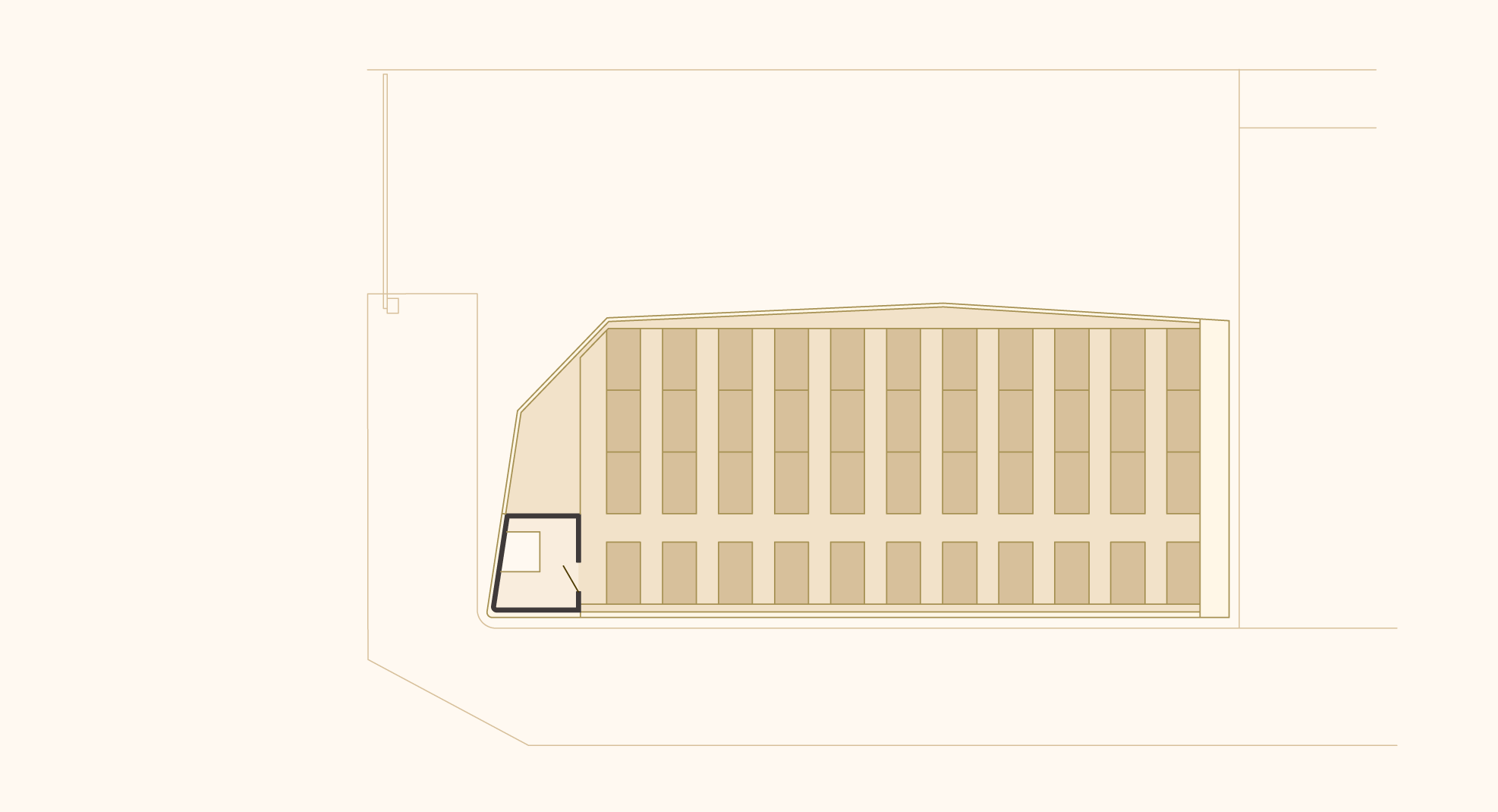