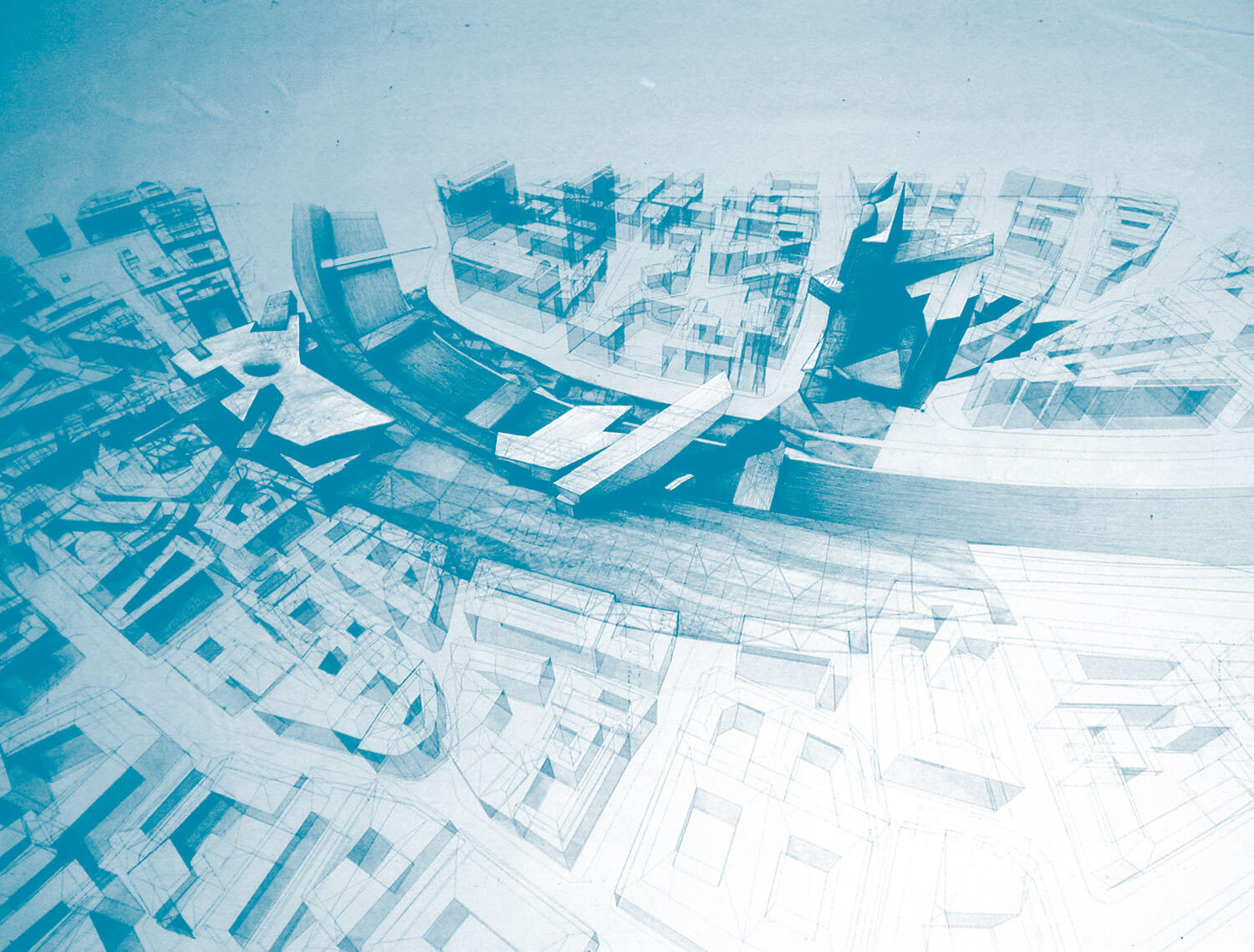 In a futuristic urban vision, Space of Spaces tracks down the true potential of this urban culmination spot. Flanked by the houses of the old town and estranged from the Danube Canal by a multi-lane traffic artery, the Schwedenplatz square finds itself in the midst of interweaving flows of city traffic and busy activity. Space of Spaces initiates three main steps to comprehensively redesign the Schwedenplatz and improve its usability. First, the square will be shielded from motorized traffic by routing it through a tunnel, effectively extending the Schwedenplatz all the way to the edge of the Danube Canal. This makes it possible to build a promenade along the water, significantly enhancing the spatial quality of the square. The second step is the erection of an enclosure over the whole area, unfolding into the third dimension to respond to the various forces and conditions of the present situation. The neighboring first and second districts are amalgamated into a new unit divided by the Danube Canal. In the third and final step, structures are erected at strategic points. The main Spaces of Spaces building is primarily an architectural and urban center, but it is also a three-dimensional juncture of the surrounding flows of movement. This also includes the merging of the city’s different means of transportation: the subway, Twin-City Liner, motor vehicles and parking garage, cyclists, and pedestrians. The assimilation of these flows brings with it an immediate expansion of public space. The aim of the Space of Spaces is to function as a flagship. 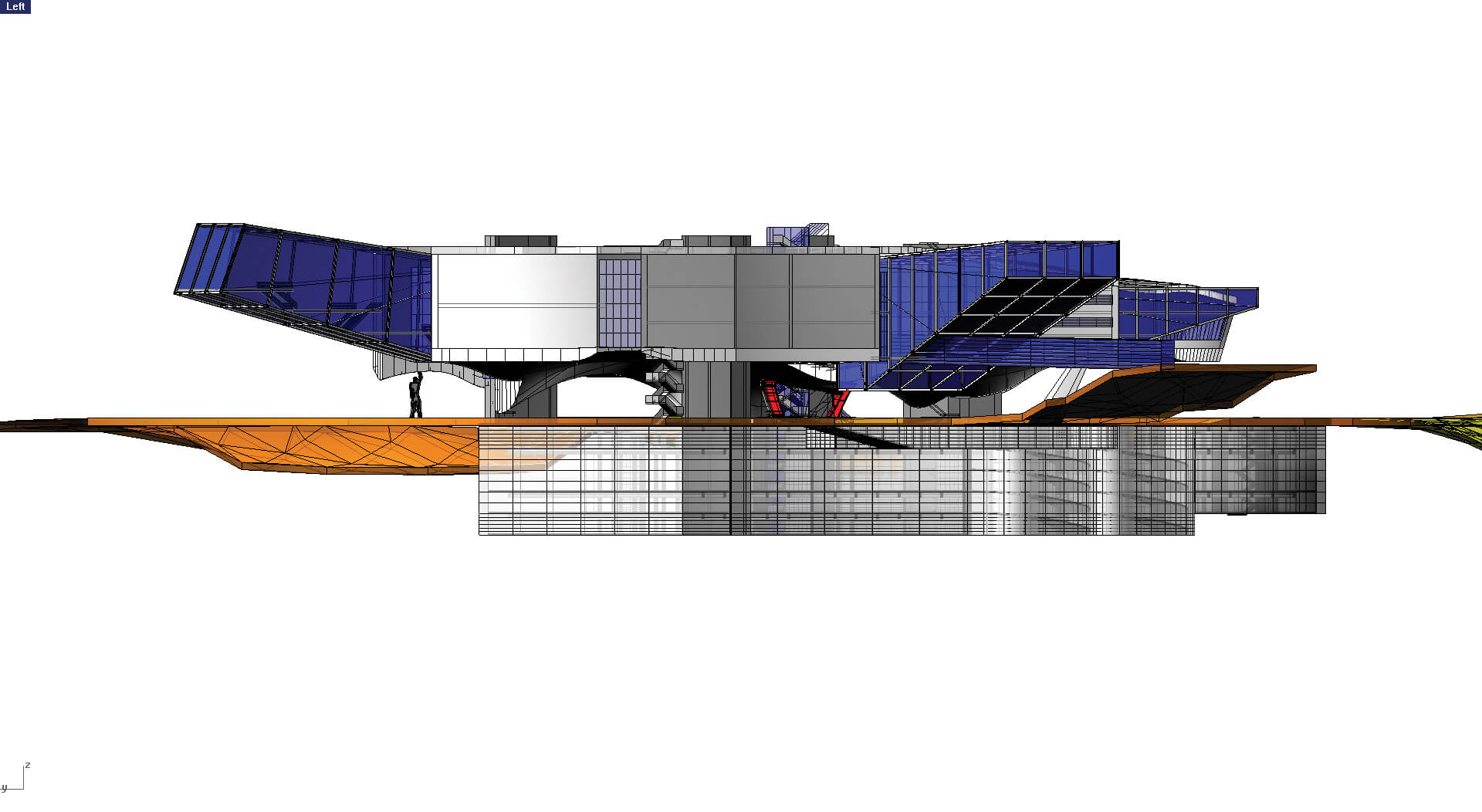 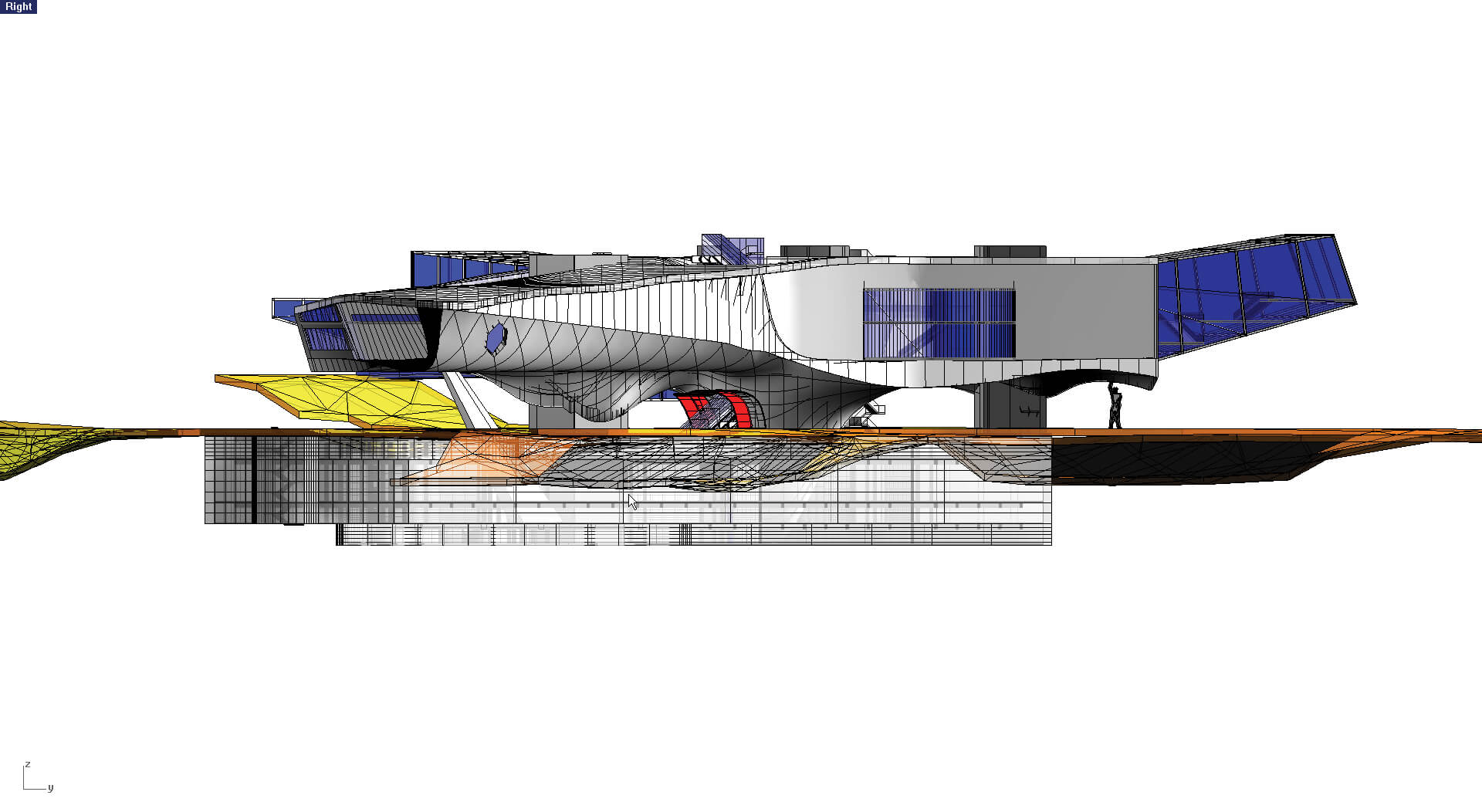 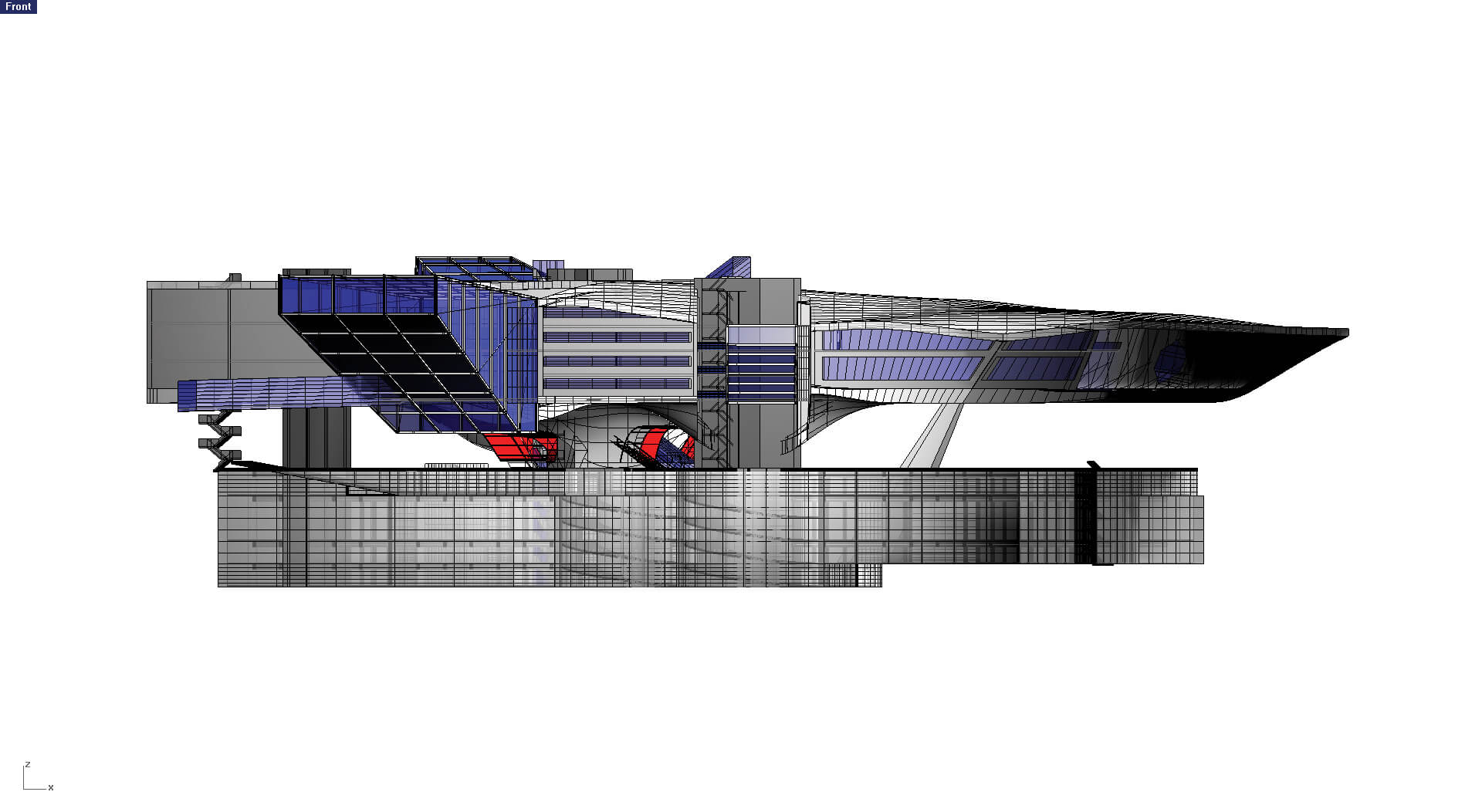 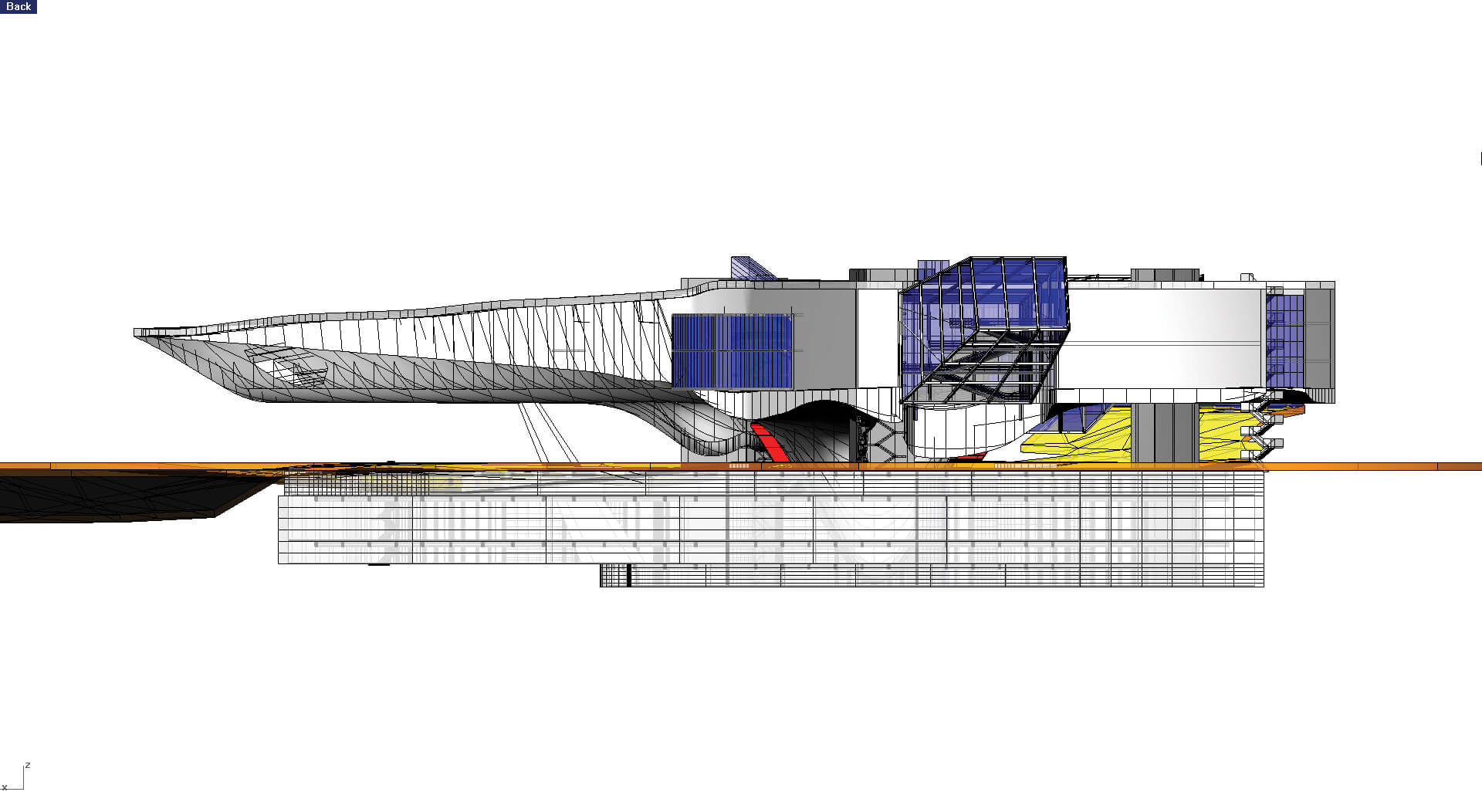