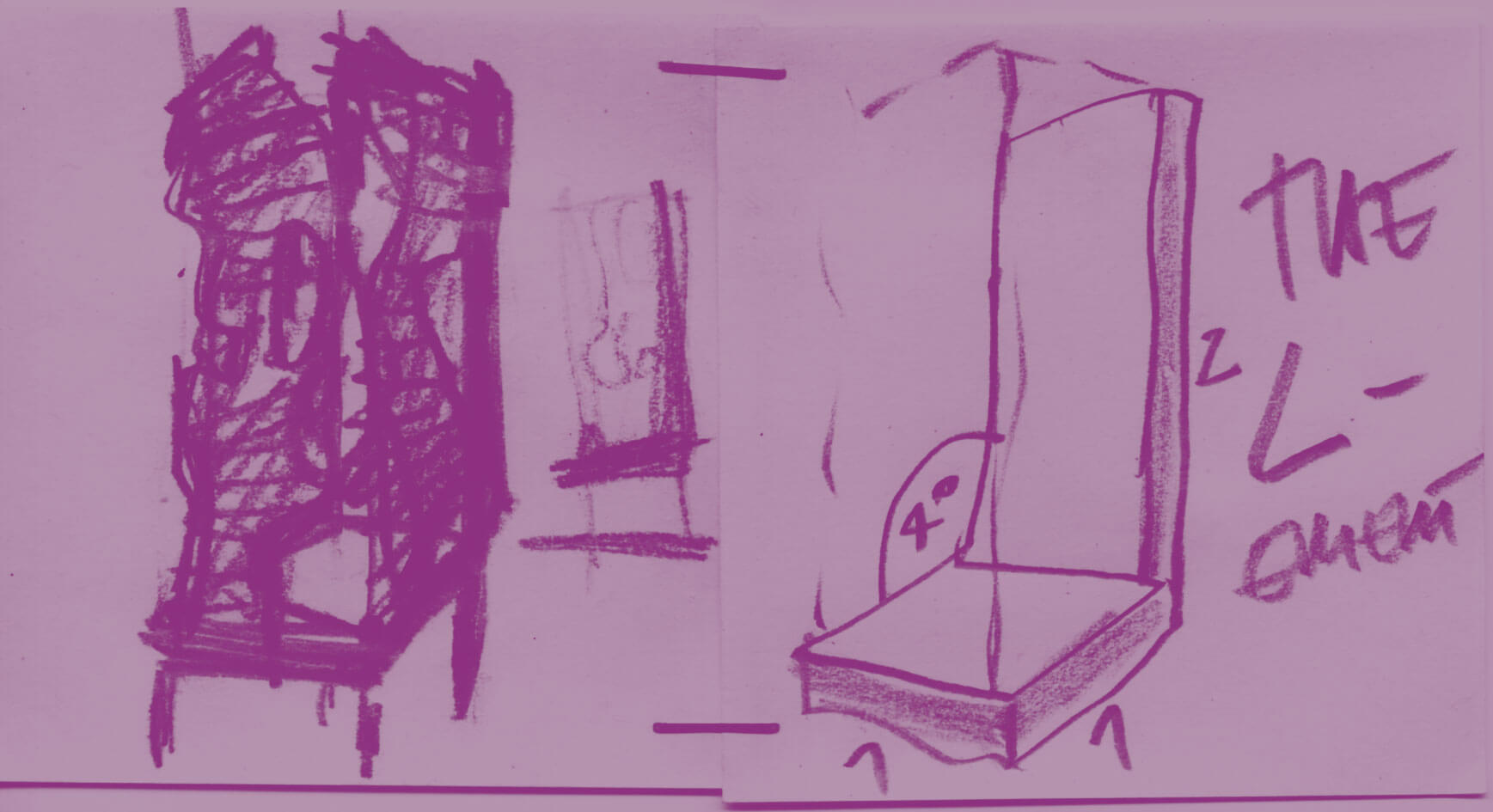 The traveling “New Frontiers” exhibition presents 28 artistic statements, all of which have an experimental approach to architecture as their common denominator. The exhibition, curated by Florian Medicus, focuses on a single, spatial concept: the possibilities of a specific means of presentation, the basic structure of which is the starting point for all participating firms. The task was to reconfigure a so-called “L-ement”, an L-shaped, sculptural element developed by exhibition designers Lukas Göbl and Oliver Ulrich. This challenge called for the careful examination of the relationship between architecture and font. Any associations with “speaking architecture”, architecture parlante, are not accidental: utopian visions and limitlessness are the outstanding characteristics of French Revolution architecture, much of which can be recognized in the New Frontiers exhibit. Viewers can look in vain for pragmatism – instead, the exhibition is uplifted by the sense of optimism that pervades each exhibit piece. The elitist character of a showcase is not the source of inspiration, instead, it is the mutual curiosity about what is happening right now. Göbl Architecture also had the pleasure of configuring an L-ement. Several centimeters of thick, polystyrene slabs were stacked, filling up the space marked by the two given walls. However, the rectangular form seems to still be changing: Large parts of the layered structure were removed, cut out to create open spaces. The holes that emerged throughout the styrofoam block give the impression that it is undergoing a permanent process of dissolution. Associations with a geological cross-section are just as valid as the image of an oversized Lego structure. 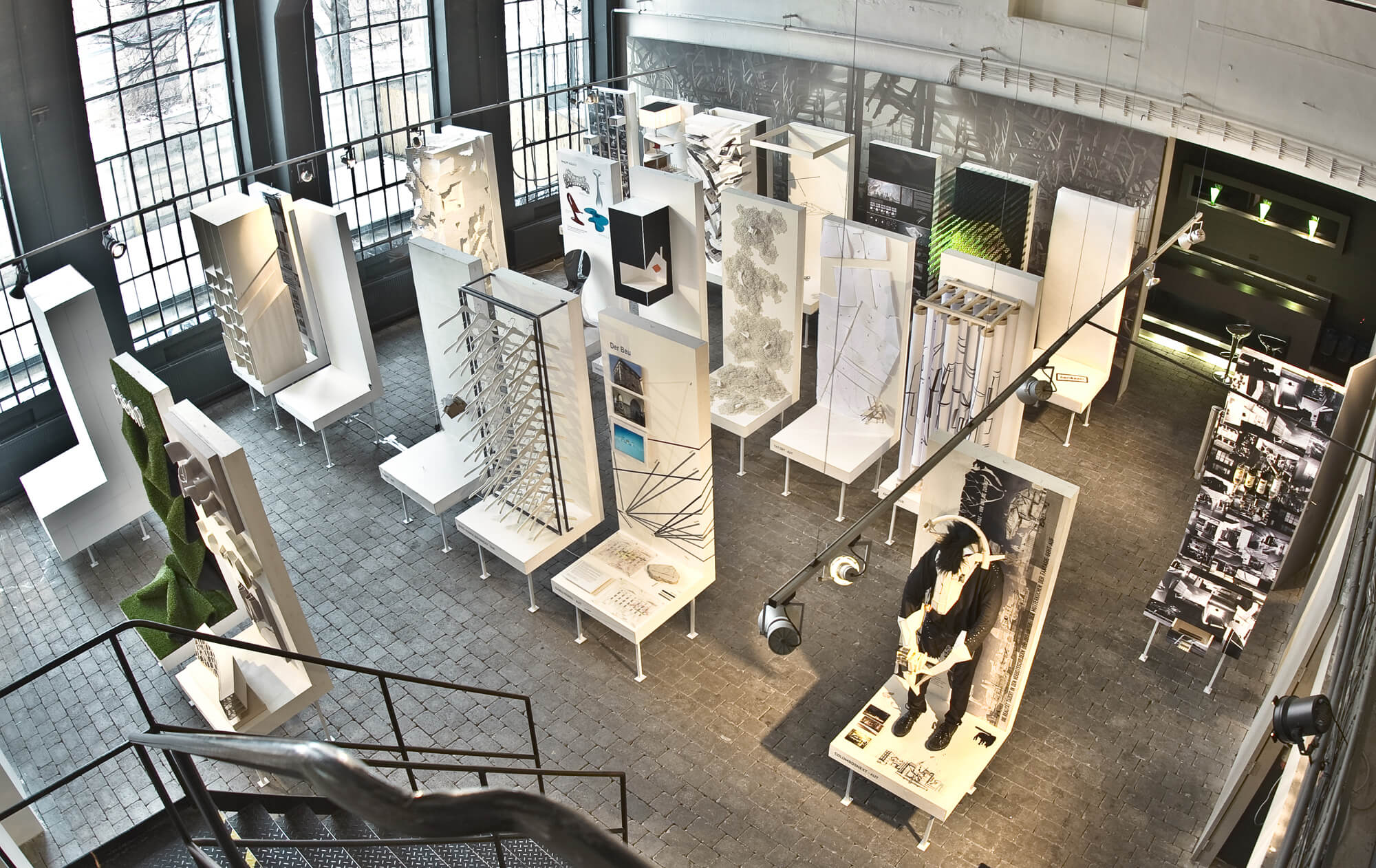 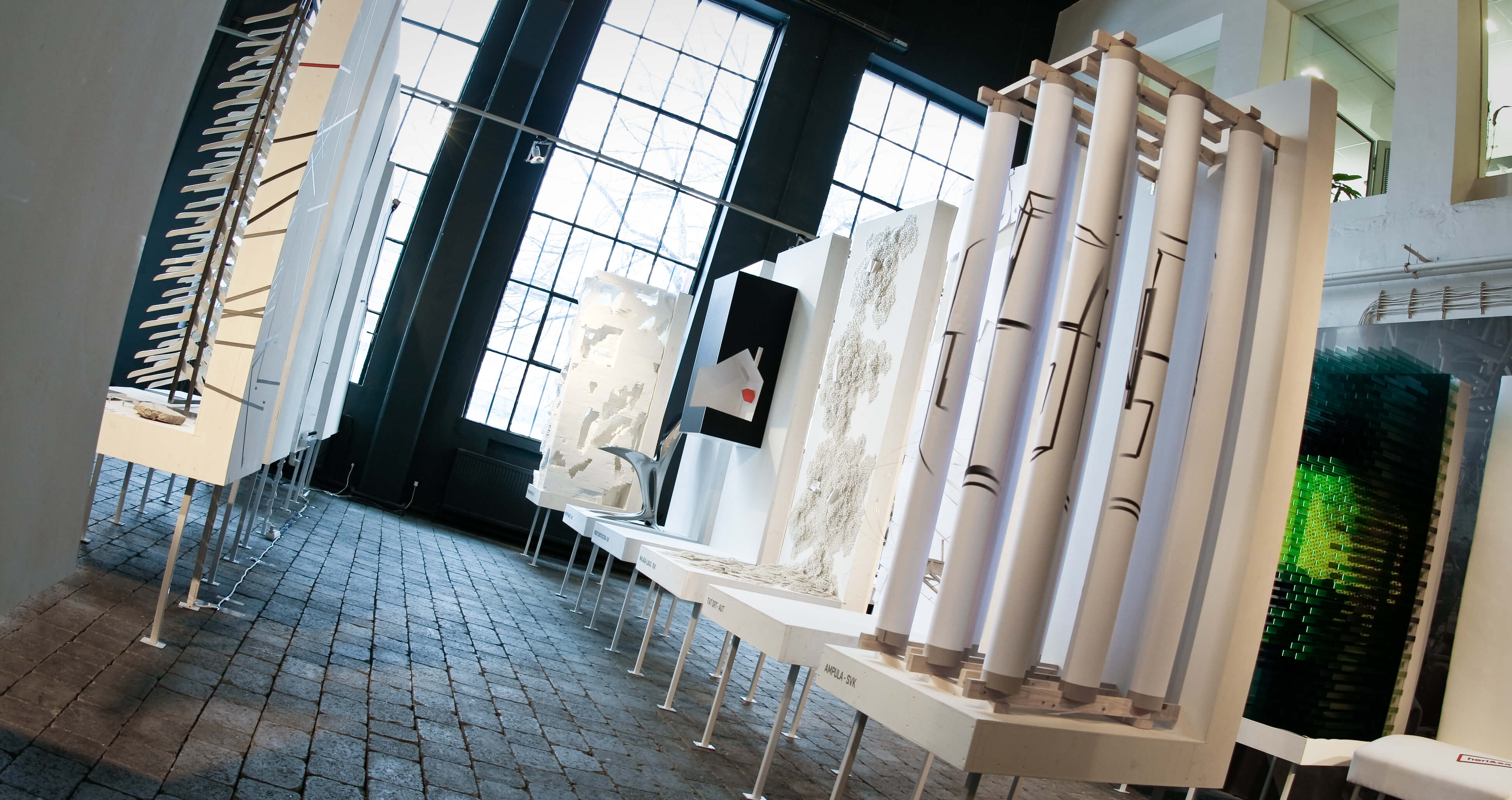 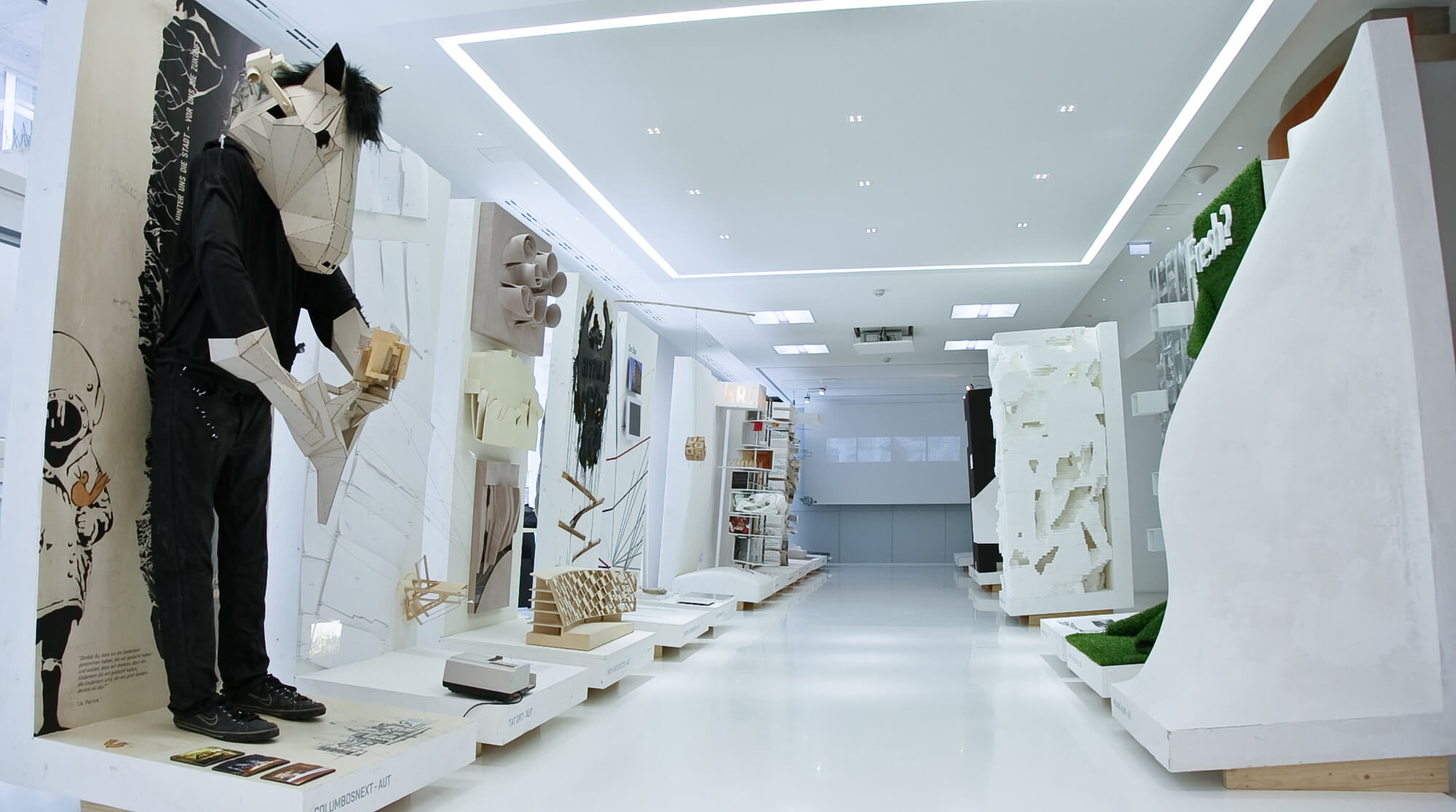 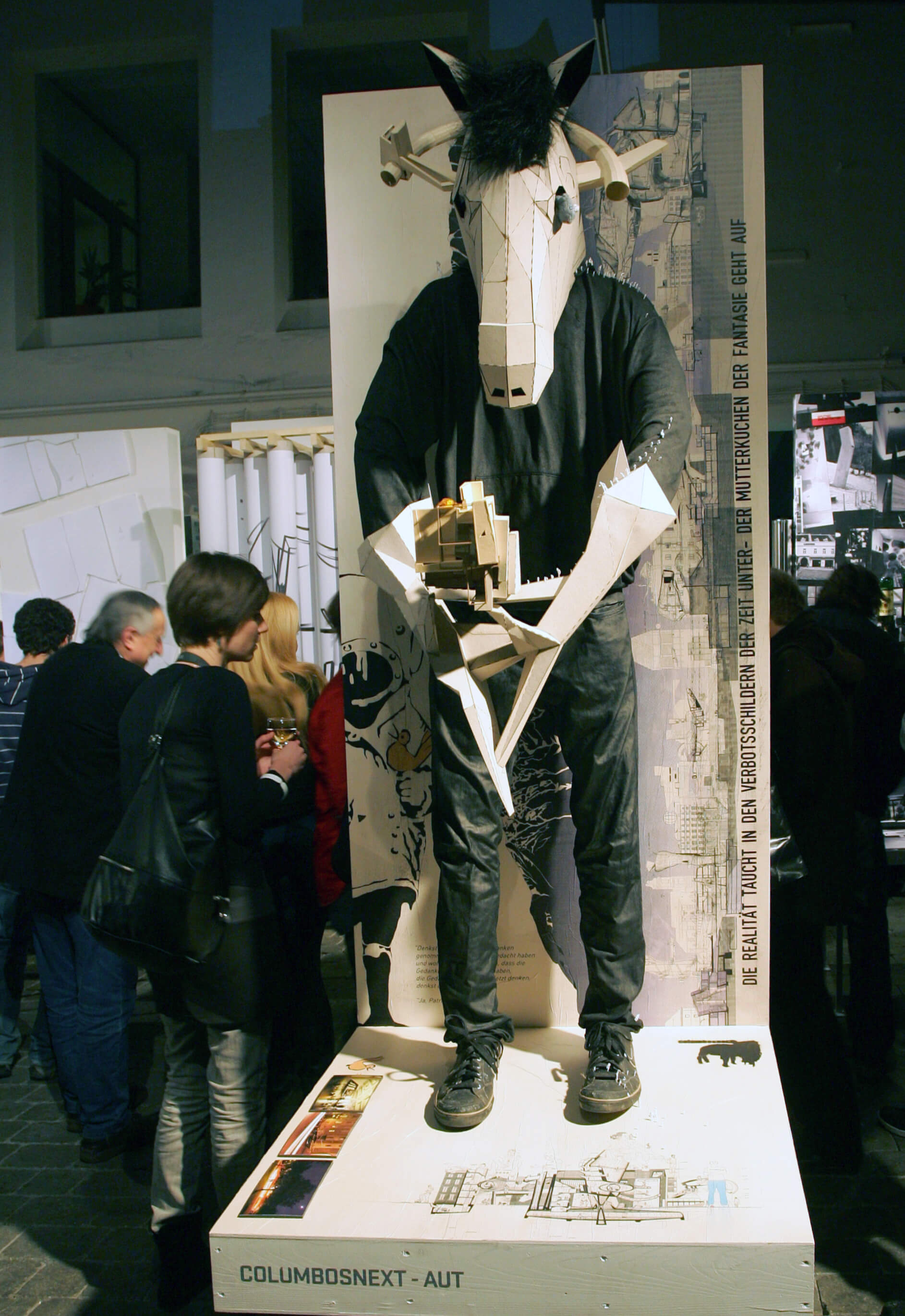 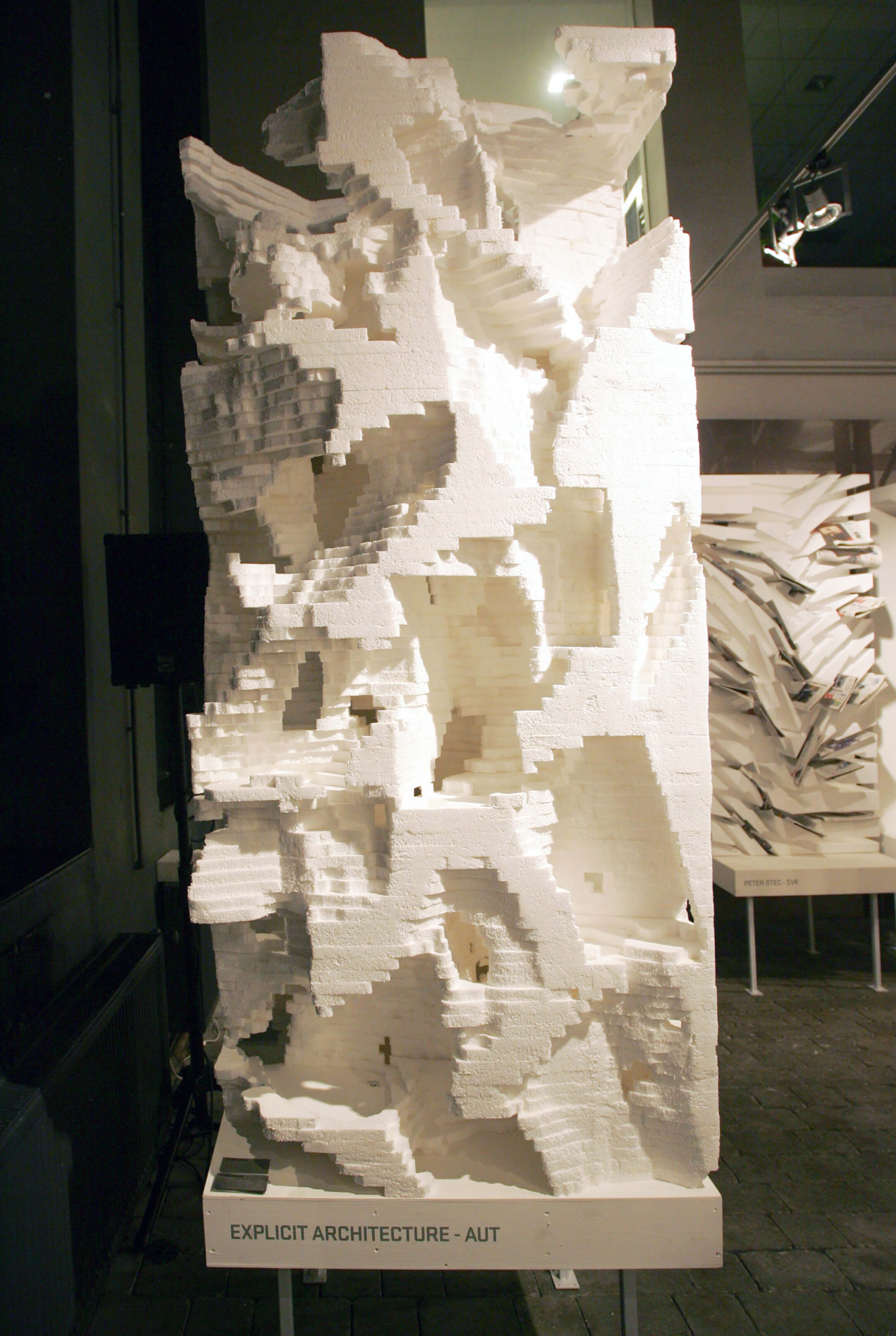 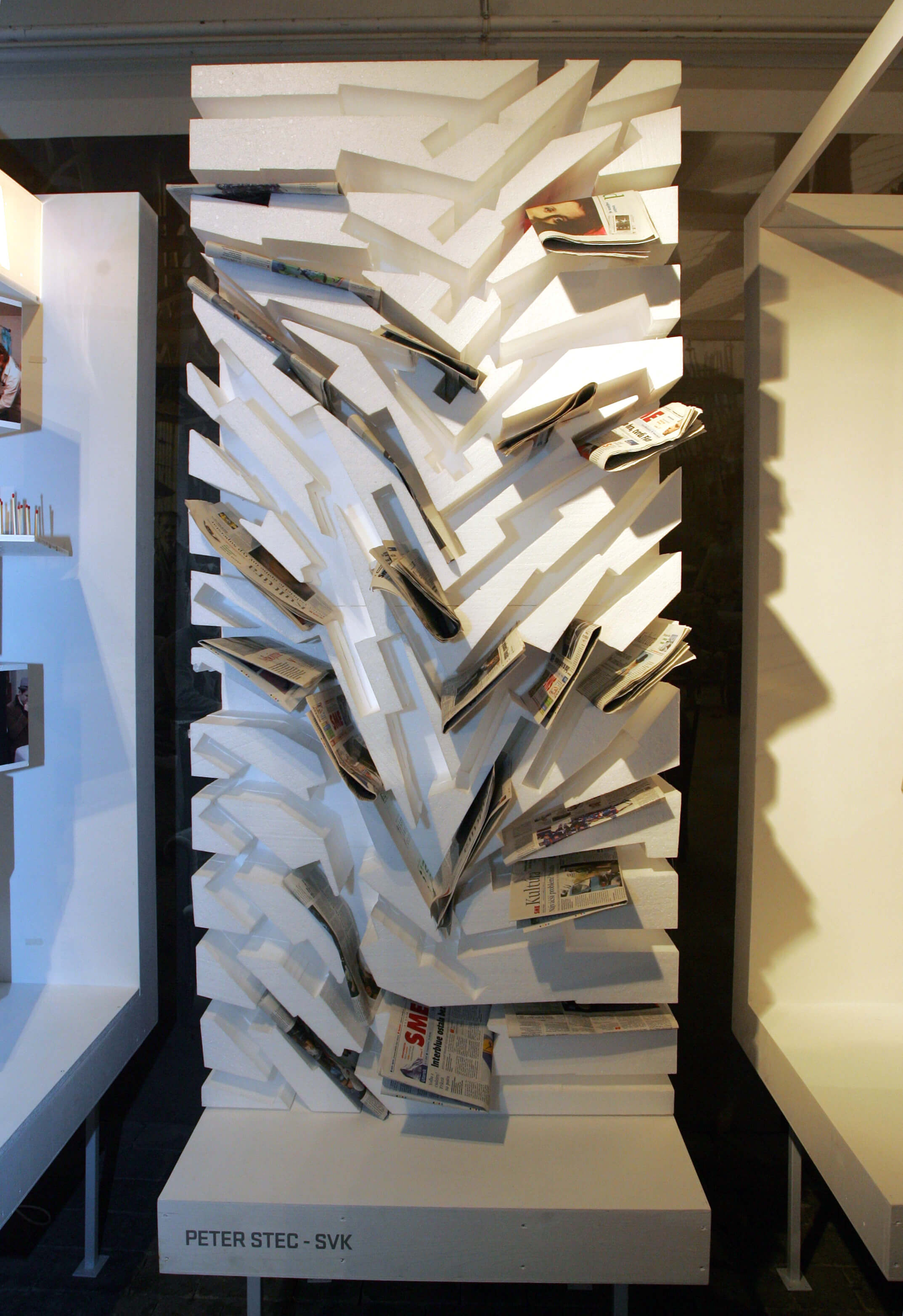