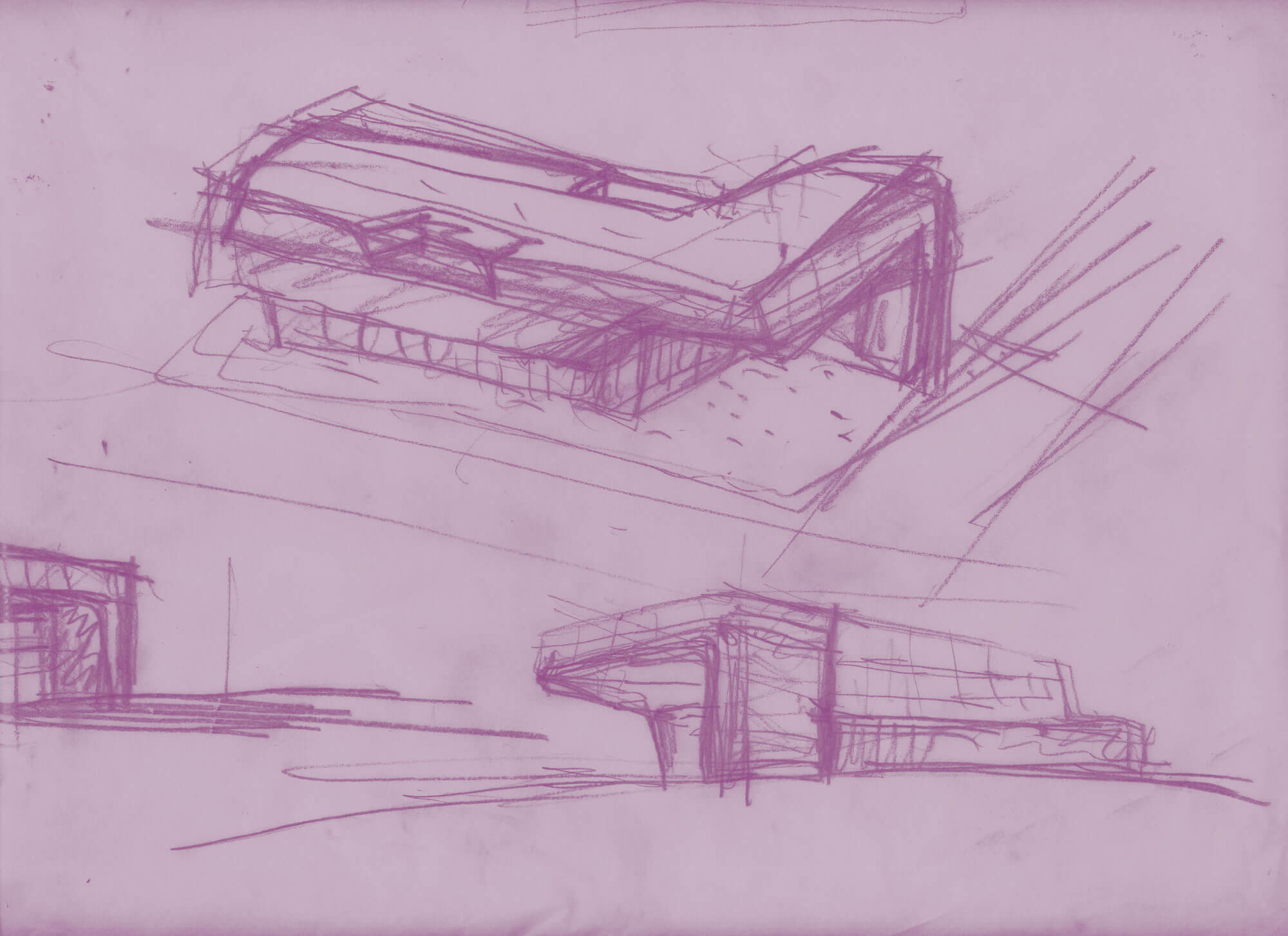 The Corporate Building of the new LT1 office and business center sets a contemporary architectural landmark in the urban landscape of St. Pölten — elegant, flexible, and representative. The surrounding urban structures and the newly interpreted Linzertor are the two key points of orientation for the concept of the new building. The partly covered, car-free forecourt is integrated into an existing promenade, thus becoming an important part of city life, and integrating islands of greenery, trees, and seating areas, as well as a restaurant with an outdoor café. The main entrance leads into a light-filled, four-story hall. The distribution of the ground floor exhibition spaces is flexible. The static system of the building dispenses with interior load-bearing walls, keeping the flexibility of the space at an absolute maximum. The structure of the new building is a reinforced concrete frame, with most of the ground floor and several sections of the upper floors built using post and beam structural glazing. The remaining upper floor sections are hung with an insulated curtain wall of white panels of concrete reinforced with glass fiber. External Venetian blinds with mobile slats effectively reduce summertime overheating and also create the visual effect of a digital animation. In addition, LED lettering running along the building — an individually programmable element that is a particularly distinctive part of the façade — highlights the overall progressive character. 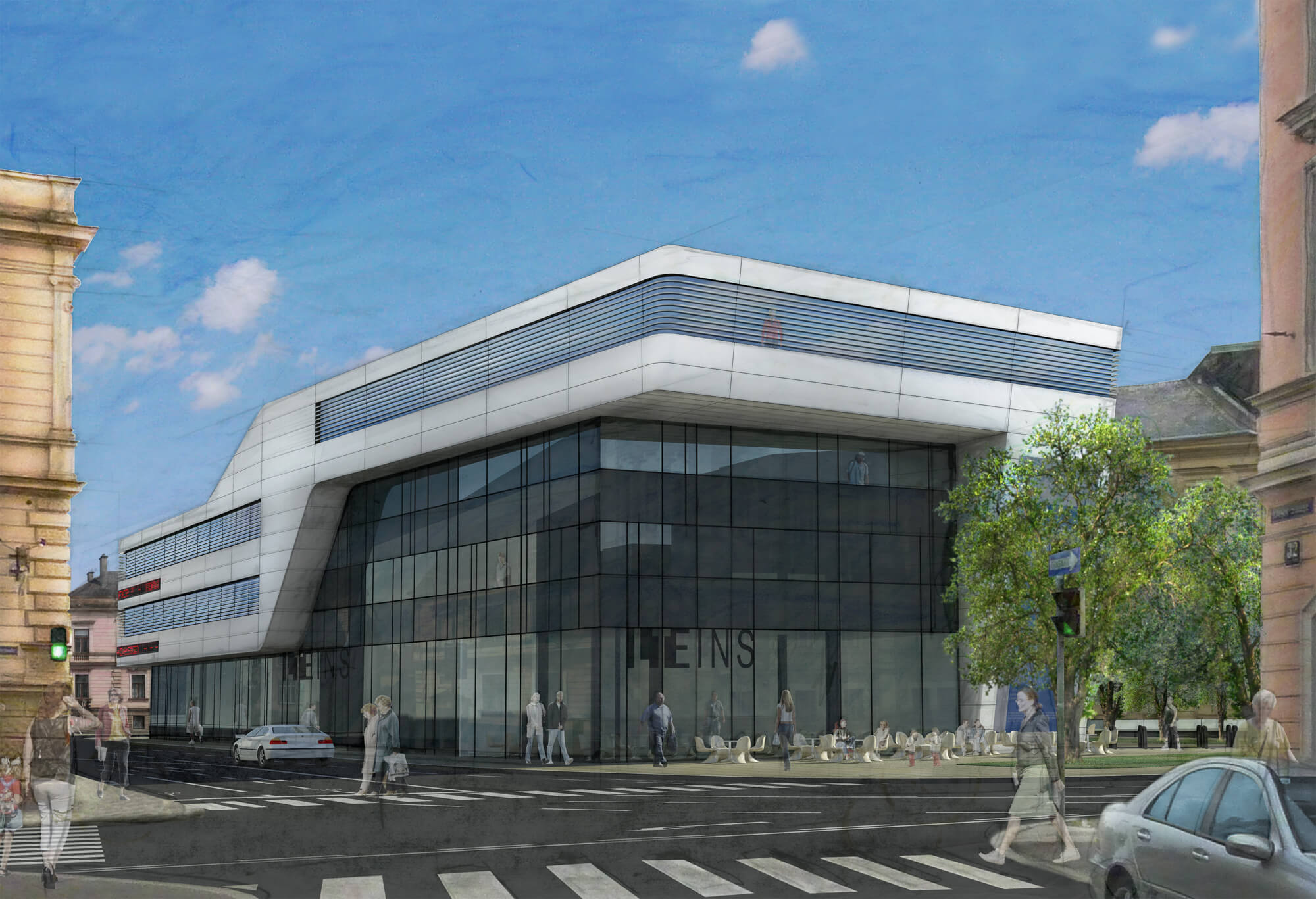