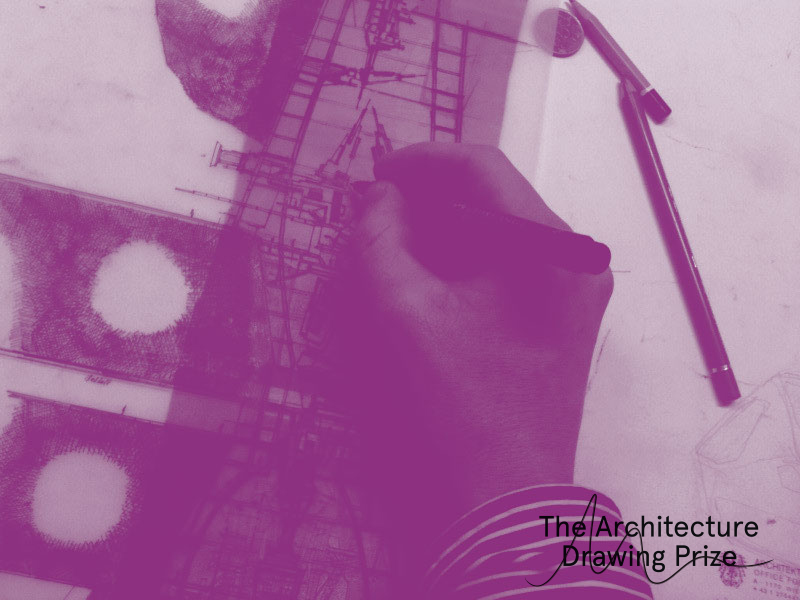 In contrast to standard architectural productions, which are generally oriented to reality, the “City of Beautiful Bodies” is an ongoing drawing project dedicated to utopia and presenting a city of fantasy. “No day without a line,” Paul Klee’s motto is given a special translation and interpretation in the large-scale drawings of the City of Beautiful Bodies (Vol. I – IV so far) by Lukas Göbl. Meters of paper always lay ready in the office, offering plenty of room for the formulation, the making visible – simply put, the drawing of these experimental thoughts. The sole governing factor is artistic creativity, channeled into sounding out the balance of fiction and pragmatism in an architectural translation. Fantastic constructs, miraculous buildings, and gigantic castles in the air are given shape, allowing three-dimensional realities to emerge. Organic and technoid shapes overlap one another and generate a scenario that borrows from the bionic. Consisting of millions of lines and produced in the most diverse moods and states of emotion, the drawings bear witness to spontanaeity and desire for immediate expression. Analogue and digital media are, corresponding to the workday world of the site, sequentially overlayed to conform to an accentuated visual grammar. Momentary impressions and events as well as current occasions find entry into this total work of art. In the City of Beautiful Bodies, a journey to the hitherto undiscovered boundaries of one’s own fantasy becomes manifest. The evidence of an architectural liminal experience, a passionate and even arduous struggle and the testing of one’s own potential finds physical form here. The City of Beautiful Bodies permits itself to exist in the form of drawings on no occasion, and for no purpose, totally separate from architectural creation. 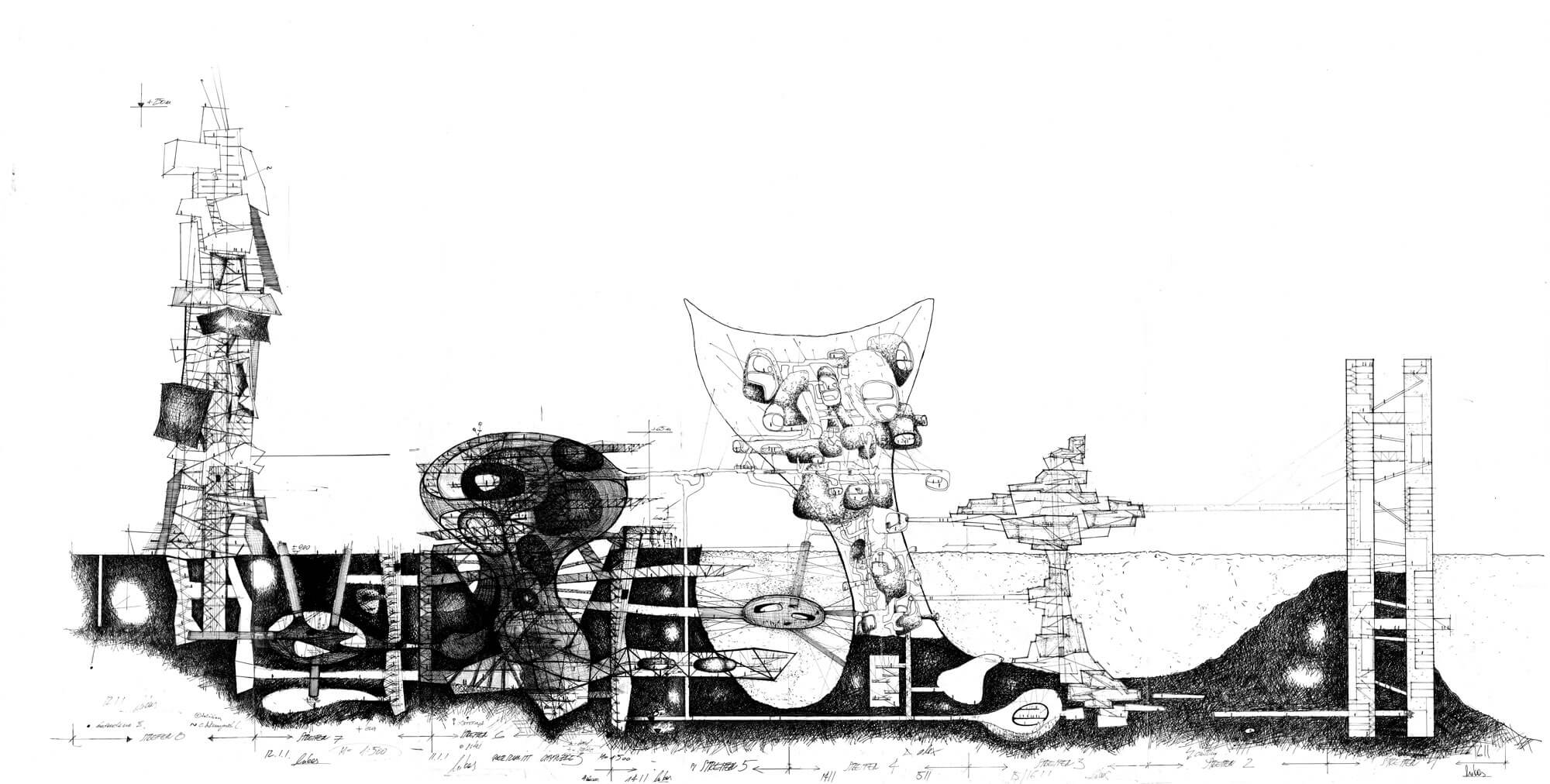 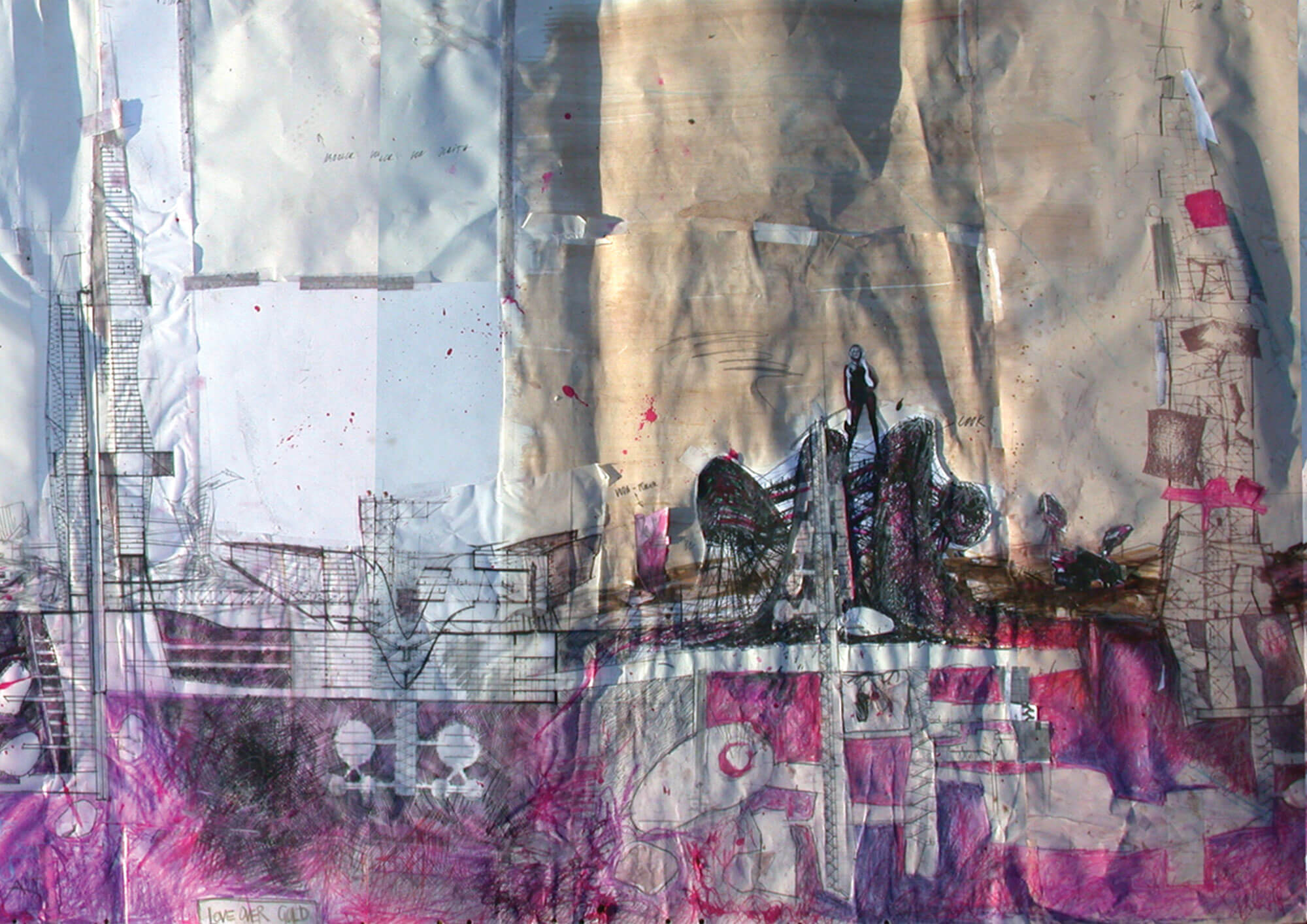 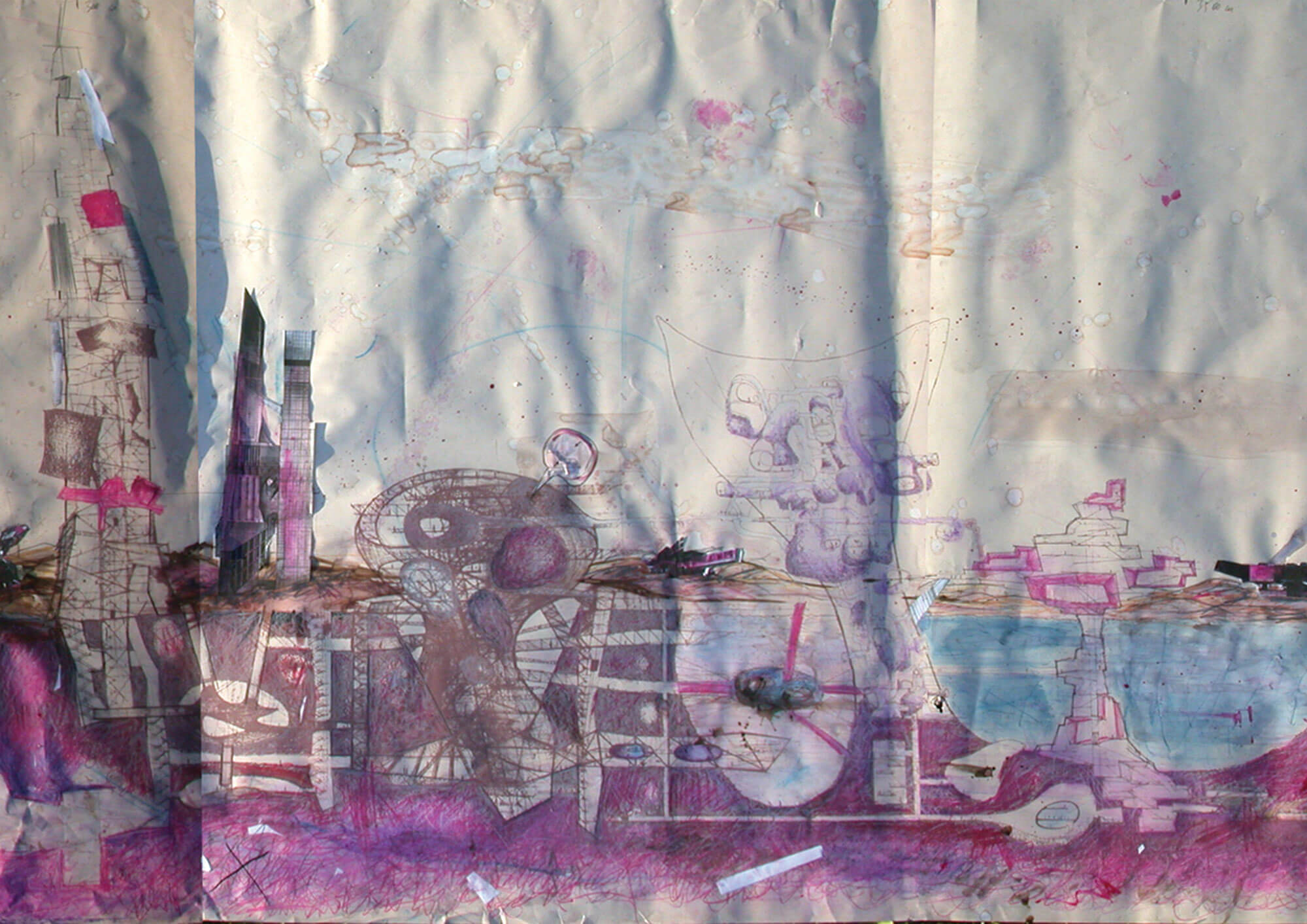 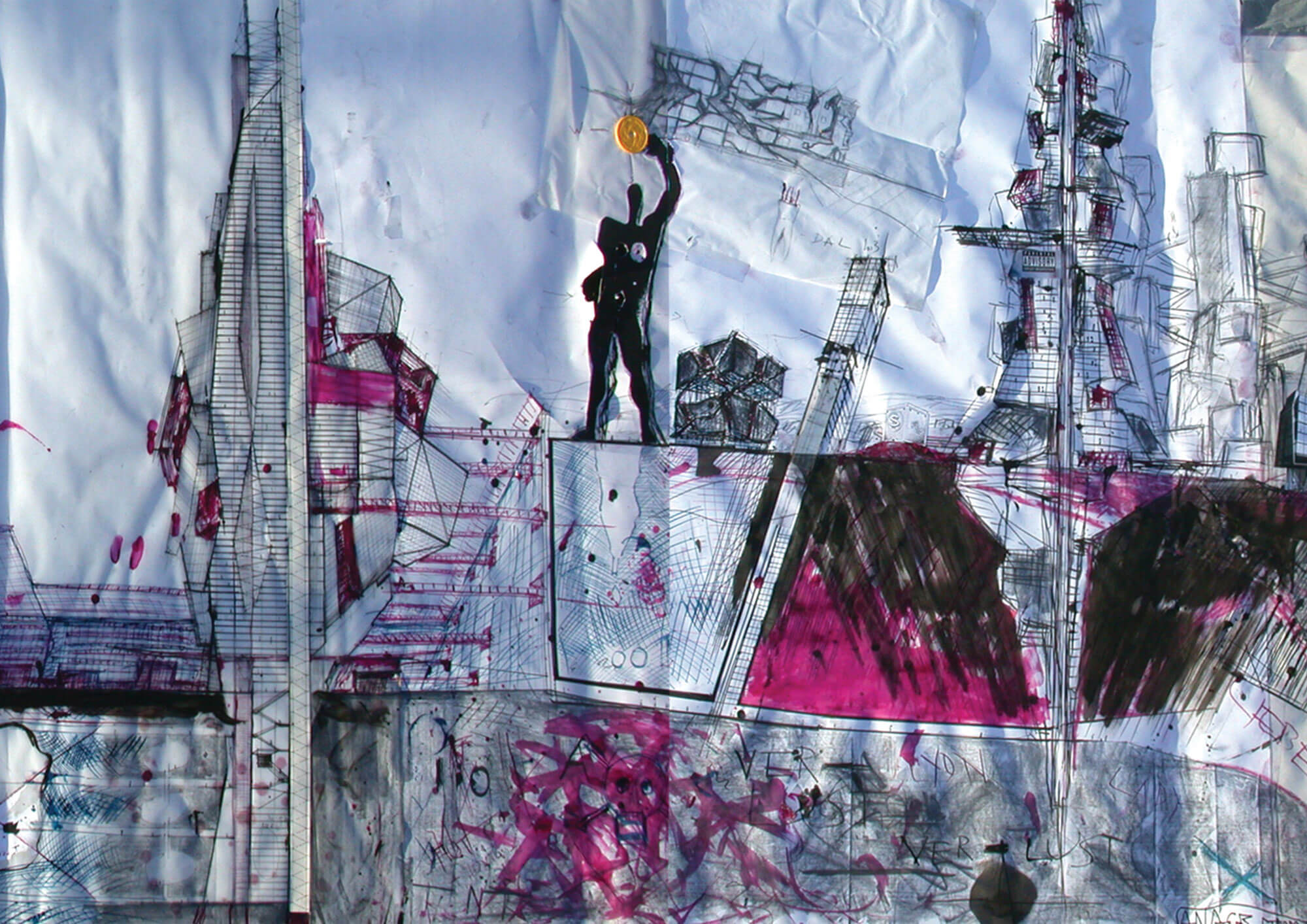 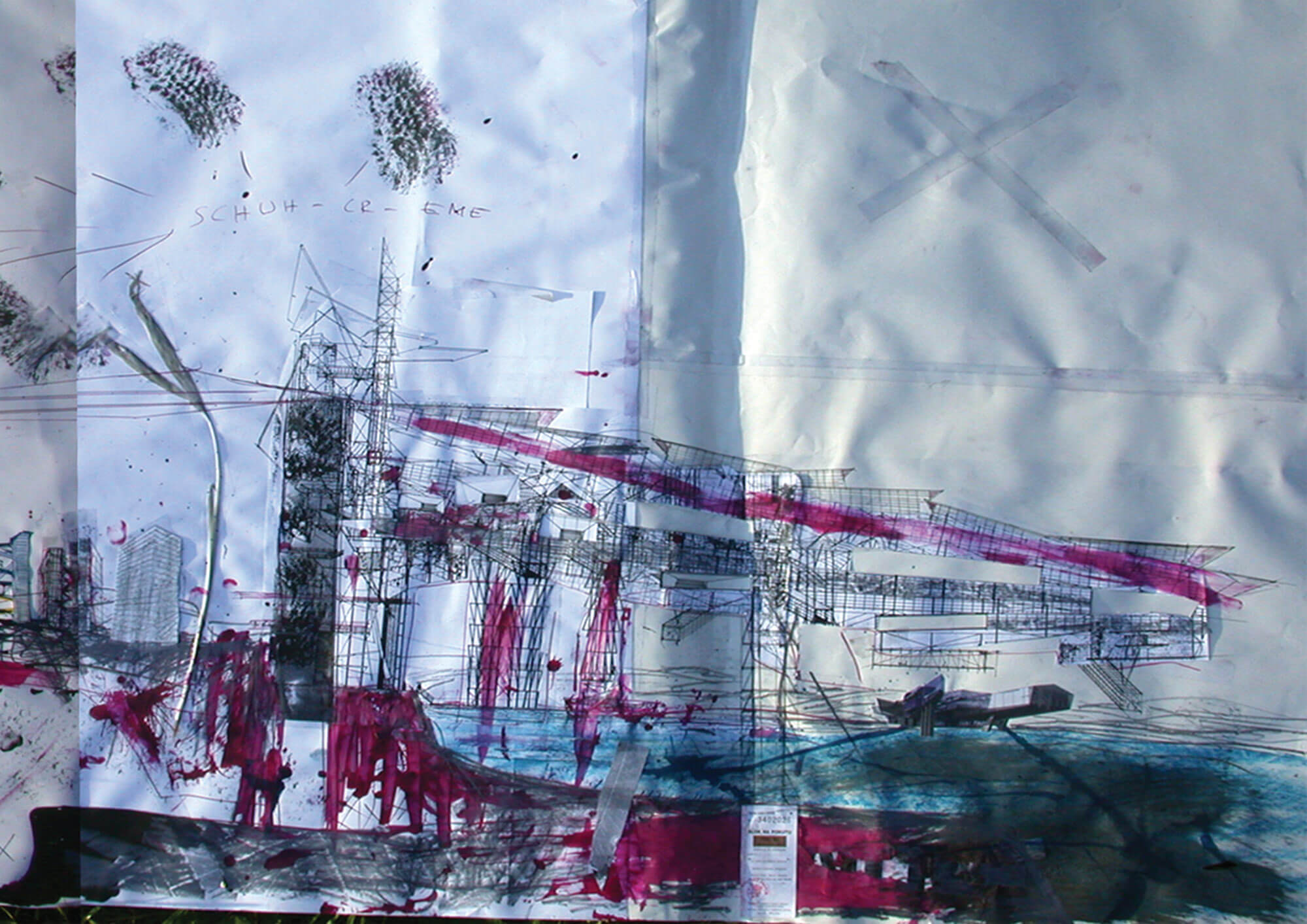 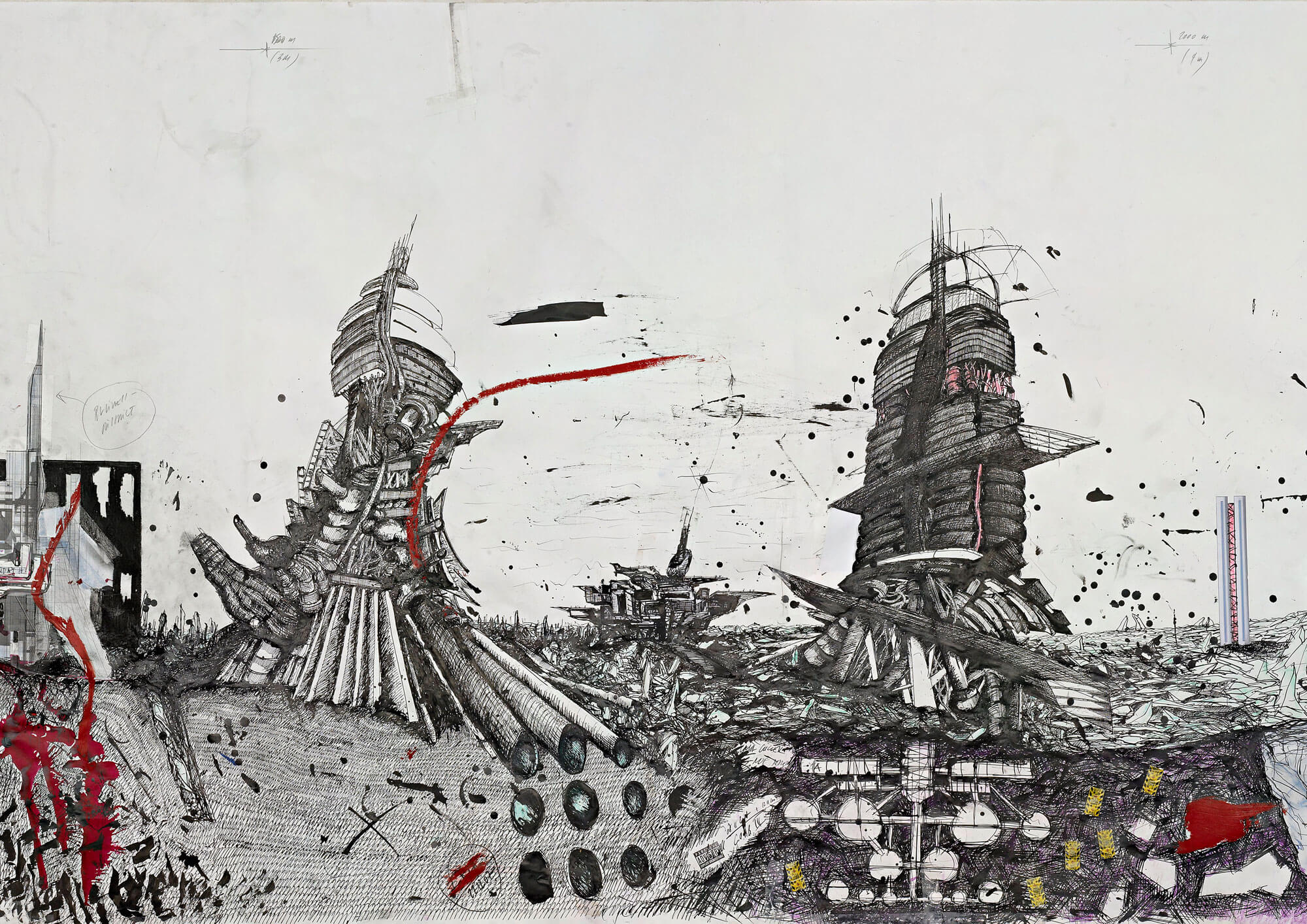 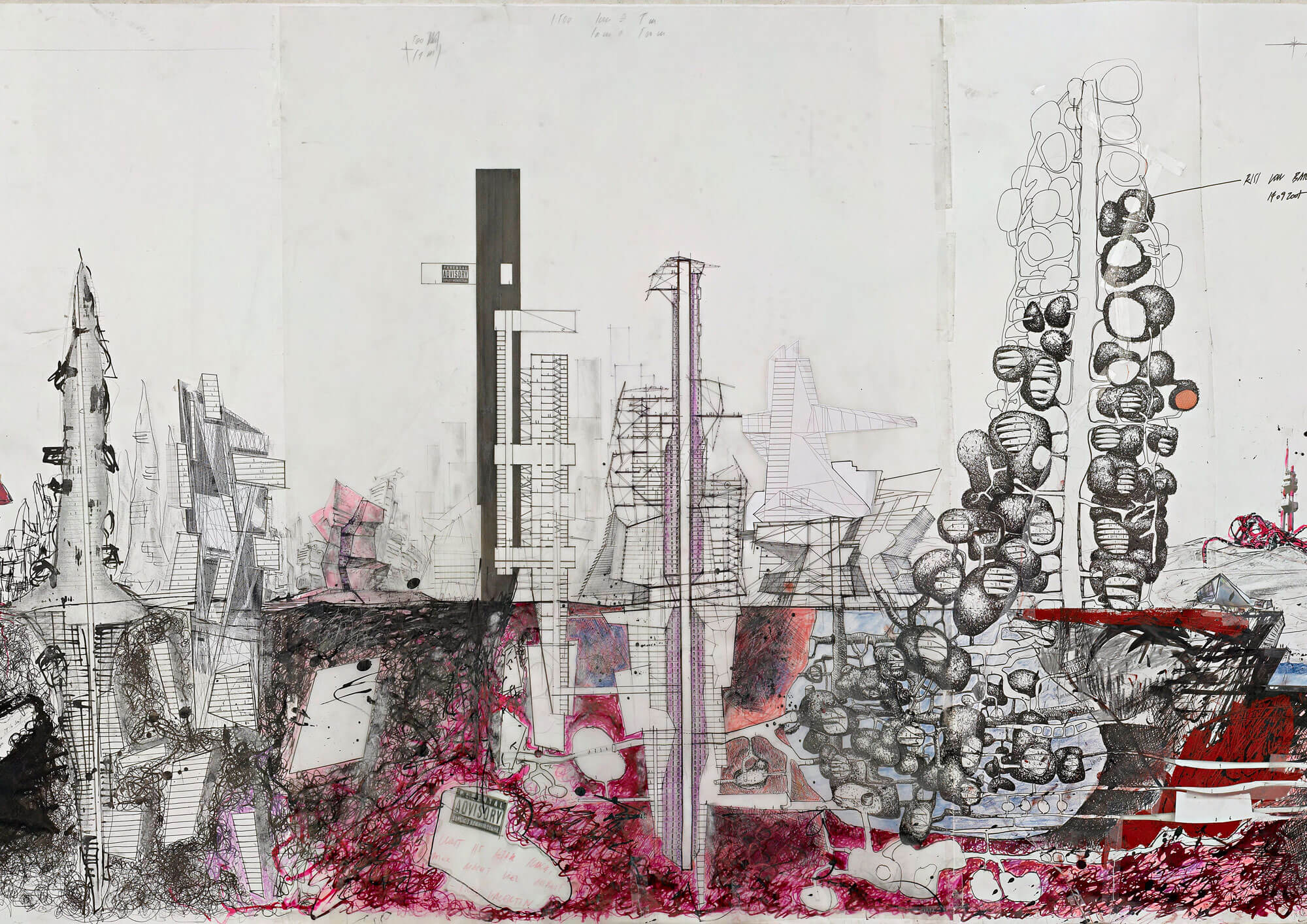 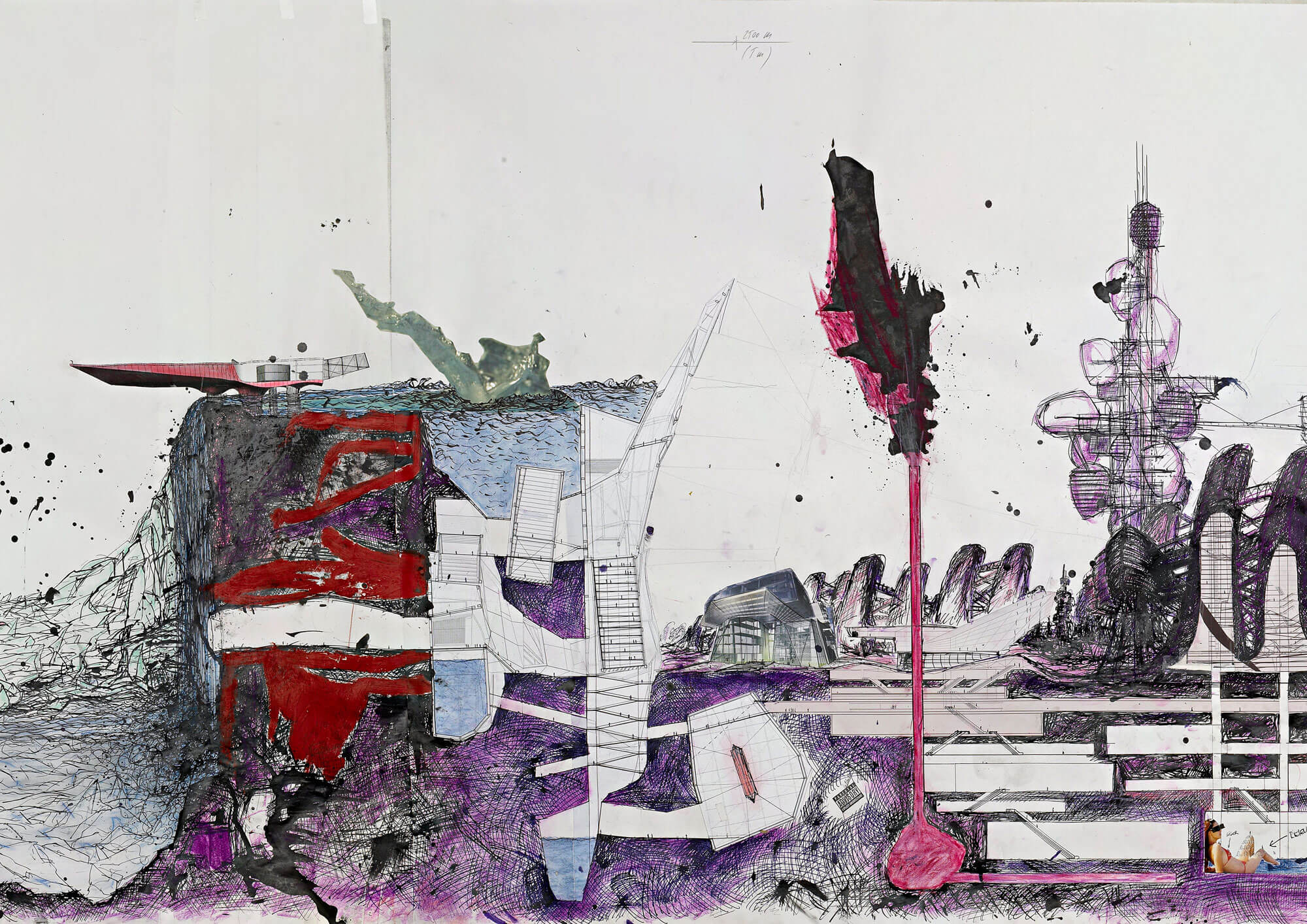 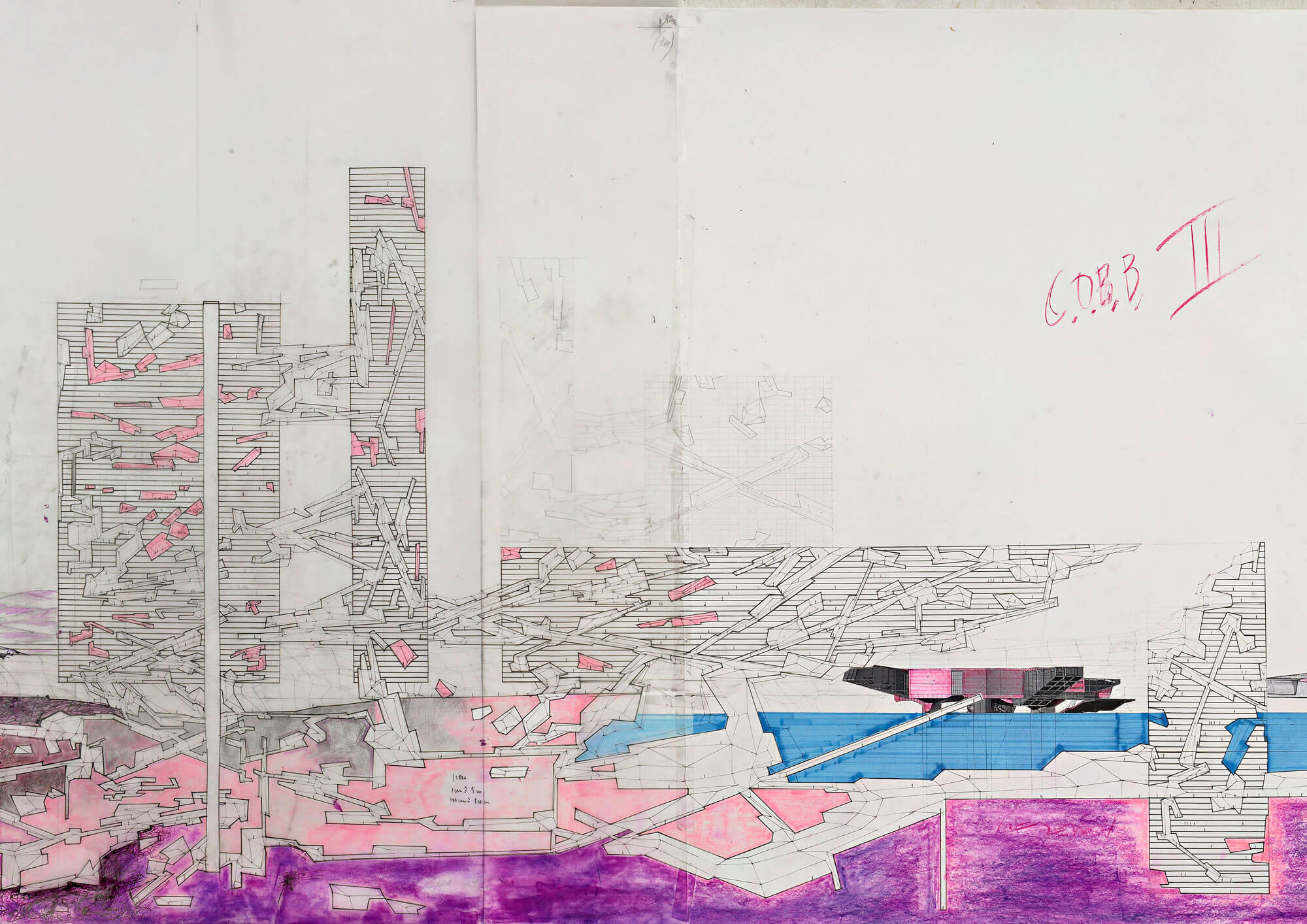 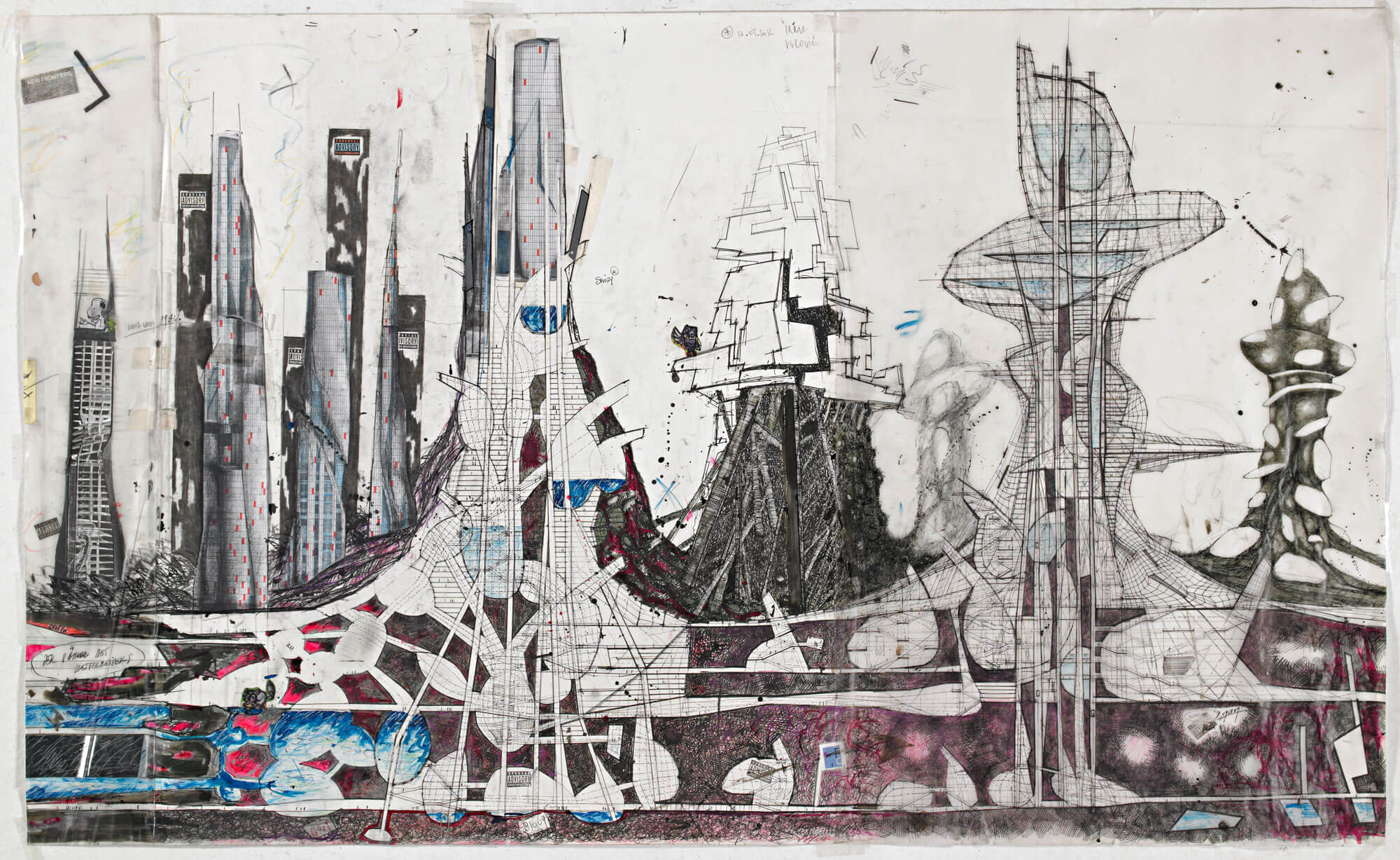